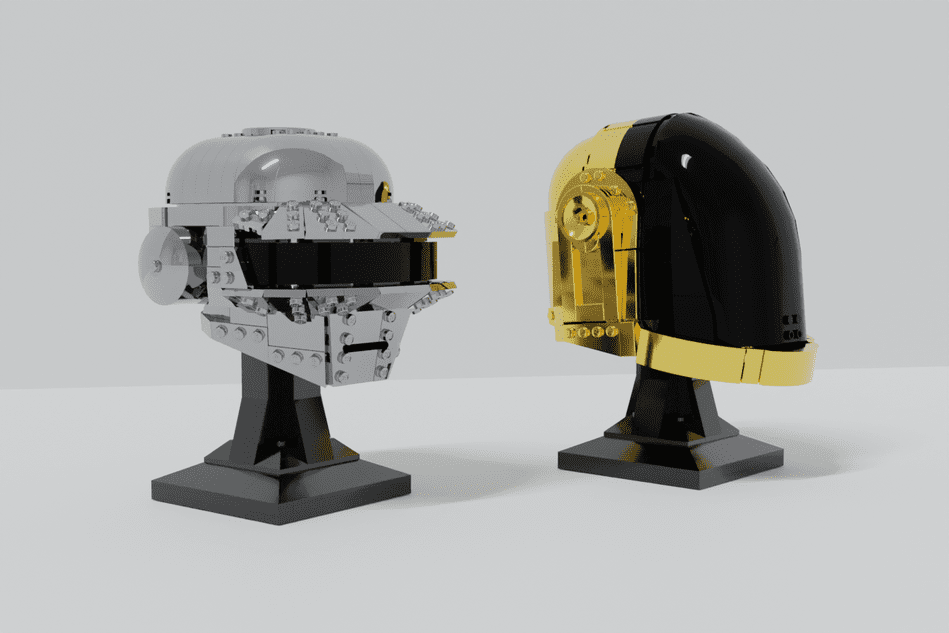 It’s been one year since Daft Punk announced their retirement and while there has been some good news surrounding the duo, it also looks like Daft Punk’s iconic helmets may soon become a LEGO collectible.

In January 2021, a creator named Eliot O’Brien submitted a model idea of the signature Daft Punk helmets to the LEGO submission website where people all over the world are welcome to upload their ideas to be considered the next mass-produced LEGO collectible.  The platform also welcomes support via votes and must reach at least 10,000 subscribers in order to be considered by the LEGO team.  In an impressive feat, O’Brien’s model looks to be the perfect representation of the duo. While minuscule and seemingly perfect hand-held piece, O’Brien stated that he did indeed have a difficult time modeling the curvatures of the intricate helmets.

“The mainly-curved shapes were a great challenge to figure out with Lego bricks, especially with Guy-Manuel’s helmet, though the windscreen from the UCS Slave-I proved to be an invaluable asset…though the builds use a lot of chrome pieces, they could be substituted for the more common flat silver and pearl gold colors without compromising too much on the overall look.”

The creation is just a couple hundred votes off from hitting 5,000 supporters.  “I am a huge fan of Daft Punk’s music and would personally love to see an idea like this become an official set,” says O’Brien in the description beneath the 3D helmets.

If you’d like to see this creation come to life, you can click here to support the design.