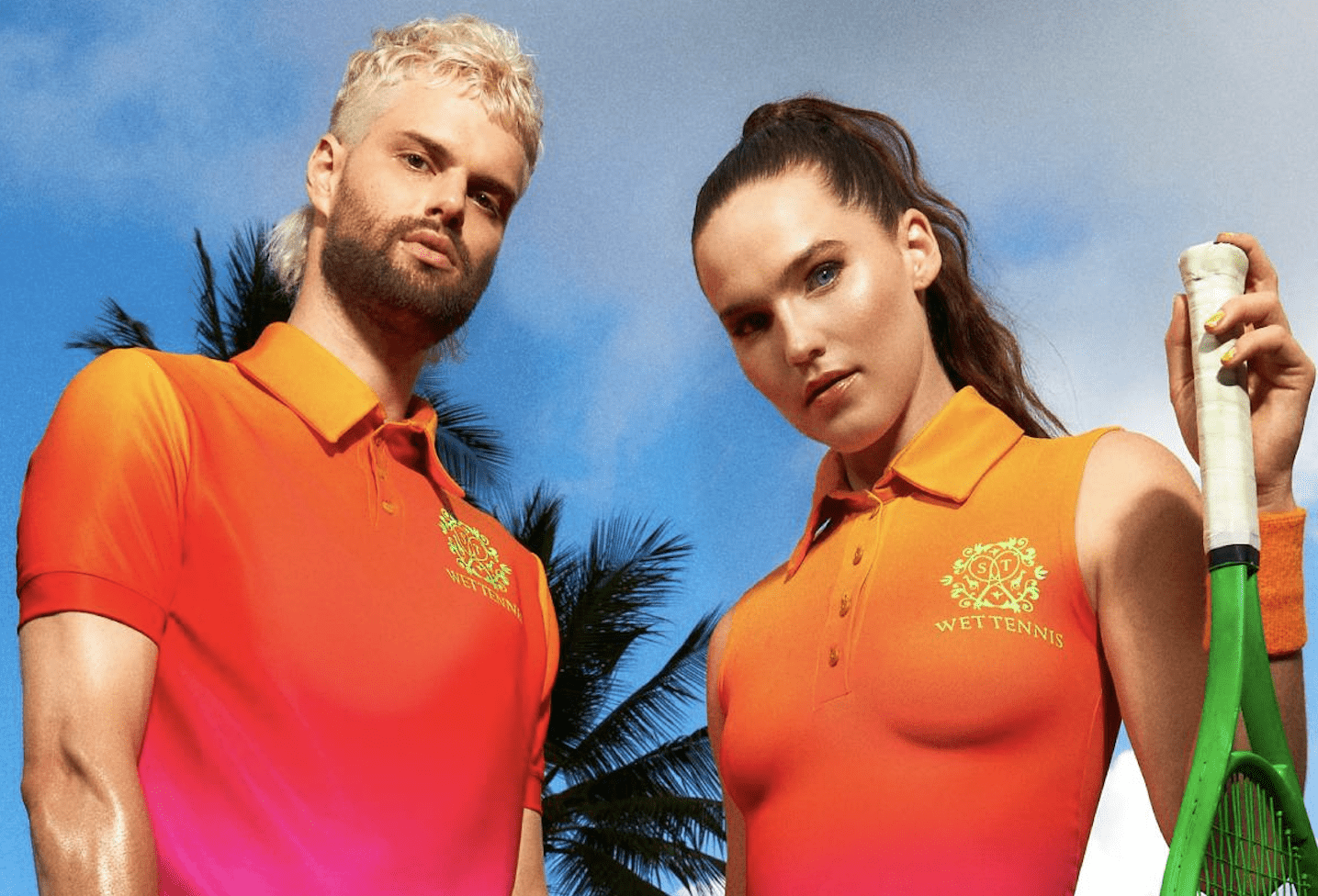 Known for an eclectic style and wonderful visuals to perfectly accompany their wildly unique soundscape, SOFI TUKKER are starting their new era of music, and it’s all about tennis. WET TENNIS (an acronym for: When Everyone Tries to Evolve, Nothing Negative Is Safe) is not only a style, an aesthetic, and positive emotion and personal growth, but is also the name of their new album and their recently announced world tour.

Wonderfully bright and reminiscent of Sophie Hawley-Weld and Tucker Halpern‘s world, they have opened us up to this new adventure with the release of new single ‘Original Sin‘. With vocal work from both members of the duo showcasing their versatility as multi-talented multi-instrumentalists, their vocals lay smoothly against the backdrop of groovy, mellow guitar riffs and irresistible electronic sounds. With a perfectly chill house vibe, this one is perfect to dance the night away to and gives us a good idea of what we can expect from the ‘WET TENNIS’ era.

About the the forthcoming album, which is out on April 29 and has been three years in the making, SOFI TUKKER say:

“WET TENNIS is about forward movement and optimism, no matter what the challenge. Negativity will happen, but it won’t stick around for long when we fully embrace and flow through it. We wrote much of this album during the pandemic, while being inspired daily by the spirit of the livestreams. People showed up every day, down to find the positives in a shitty situation. The freak fam inspired us to create the world of WET TENNIS, in which we take something traditional and exclusive and make it colorful and wet.”

The new track ‘Original Sin’ is out now, and you can stream it here. You can also watch the music video below, described as the ‘garden of eden of the WET TENNIS world’. Don’t forget to also check out all of their upcoming tour dates here.