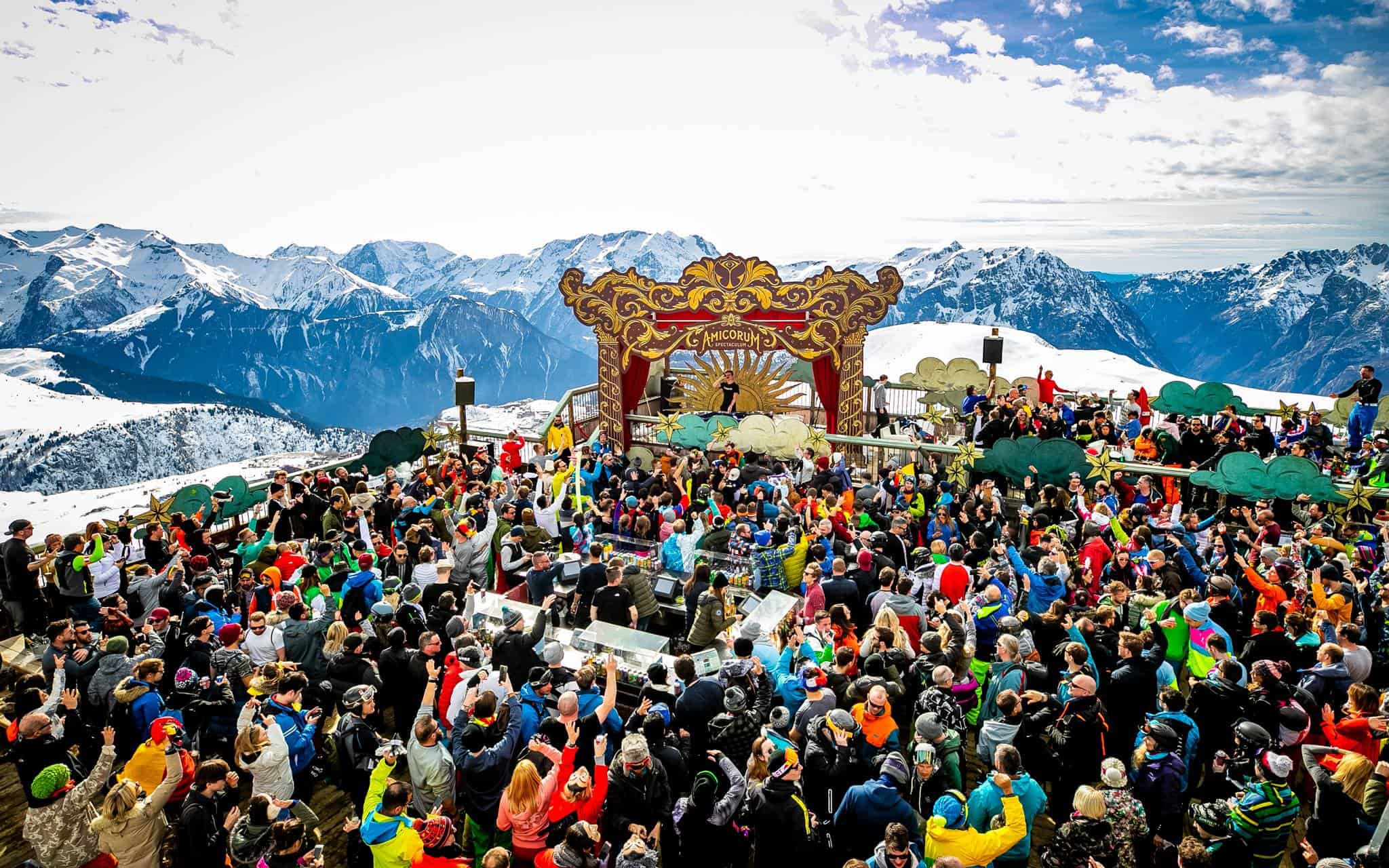 With the site buildup well underway and lucky attendees starting to receive their treasure boxes with their wristbands inside, the hype is officially on for the epic return of Tomorrowland Winter which also happens to be its second ever edition. Following a highly successful debut in 2019, the followup was sadly delayed due to the pandemic but business is well underway as we are just weeks away from Tomorrowland Winter 2022. With all this said, they have now unveiled the full lineup for this edition, and it’s stacked beyond belief.

Taking place on 19-26 March, there are plenty of days of entertainment ahead and that means more room for huge name after huge name. On the first day to kick things off, the likes of DubVision, Julian Jordan, Henri PFR and many more are on offer across multiple stages (Cage, Moose Bar, Crystal Garden, Top of the Mountain, CORE and Friends of Tomorrowland Signal 2108, L’Alpette, Bar Bichet and L’Adventure are the official names alongside the coveted Mainstage). Following on, Sunday 20 March sees the lineup expand even further with performances from the likes of Yves V, Netsky, Amare and Julian Jordan and DubVision also make secondary appearances. Going into the next week on Monday 21 March, Pretty Pink, Vintage Culture, Lucas & Steve and Klingande are just a few highlights out of many. On Tuesday 22 March, celebrations are taken to the next level as the Mainstage officially opens with a mysterious element simply labelled ‘Surprise’ on the timetable so far. Not much is known, but whoever – or whatever – it is, the set time is huge running from 19:00 all the way until 01:00. Aside from that, you can also find Lost Frequencies, Steve Aoki and Armin van Buuren. Speaking of Armin, he also makes a second appearance a day later on the Mainstage, and is joined by stalwarts the likes of Reinier Zonneveld (live), Afrojack and Charlotte de Witte. Other huge names include Coone, Sub Zero Project, Topic, Kungs and Joris Voorn.

Going into the final two days, they ensure that they close the festival in spectacular fashion. Thursday 24 March sees Afrojack return into his Kapuchon alias, and Kungs and Steve Aoki both return, this time playing the mainstage. With a Daybreak Session by Chico Rose to kick off the day followed by the likes of Purple Disco Machine, Ofenbach, Kölsch, DJ Licious, Martin Solveig and many other countless highlights, there is certainly no shortage of entertainment. Bidding a farewell to the 2022 edition of Tomorrowland Winter already, Dimitri Vegas & Like Mike close the Mainstage on Friday 25 March, but earlier during the day fans can see acts such as Enrico Sangiuliano, Curbi, Quintino and another range of artists marking multiple appearances.

With many world class artists marking multiple sets across the weekend ensuring that fans can have multiple chances to catch one of their sets, Tomorrowland Winter truly has something for everyone. The festival is now sold out, and you can view the full lineup below and the day-by-day timetable here. The summer version of the iconic festival brand has also unveiled its lineup, and you can view more about that here. 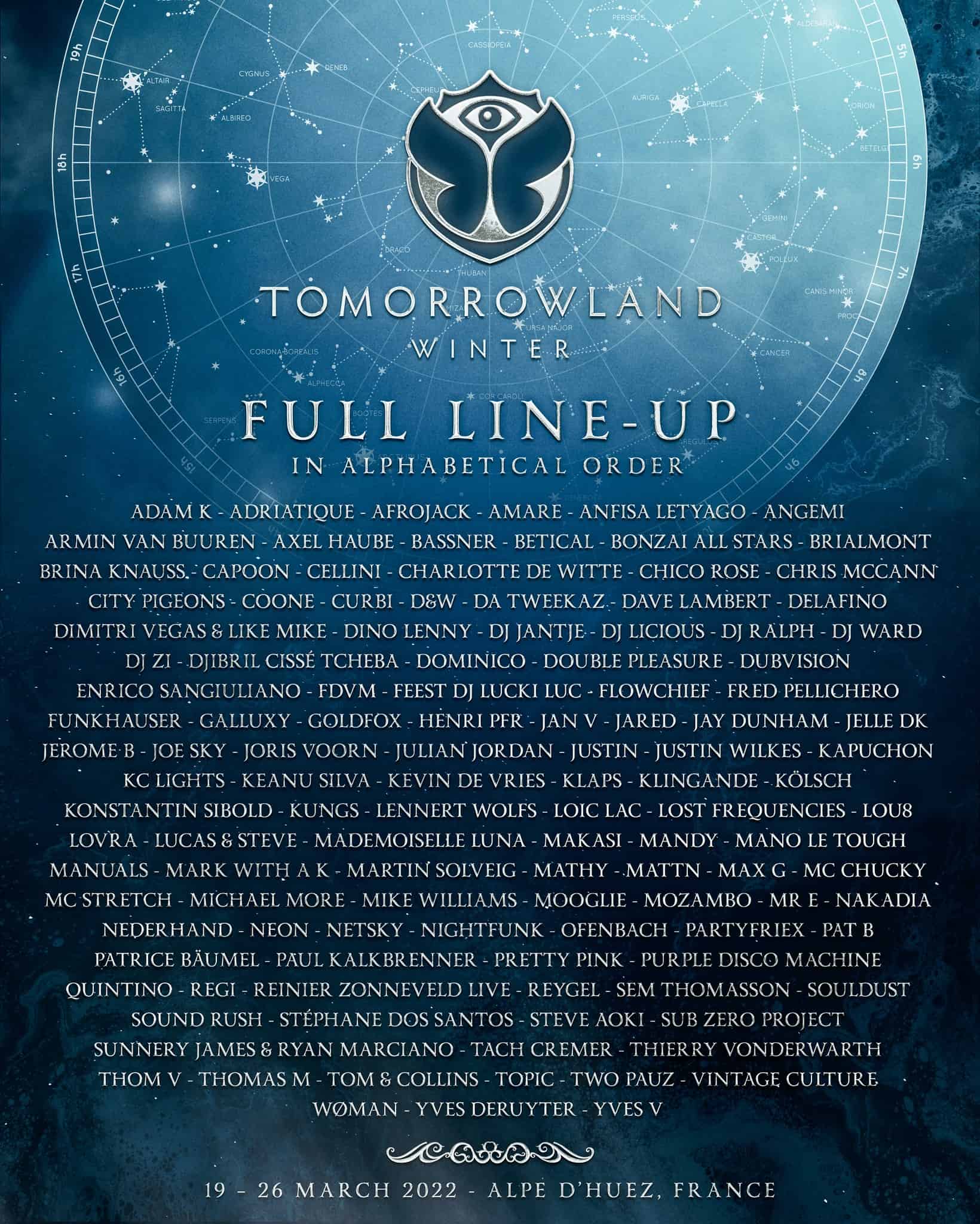