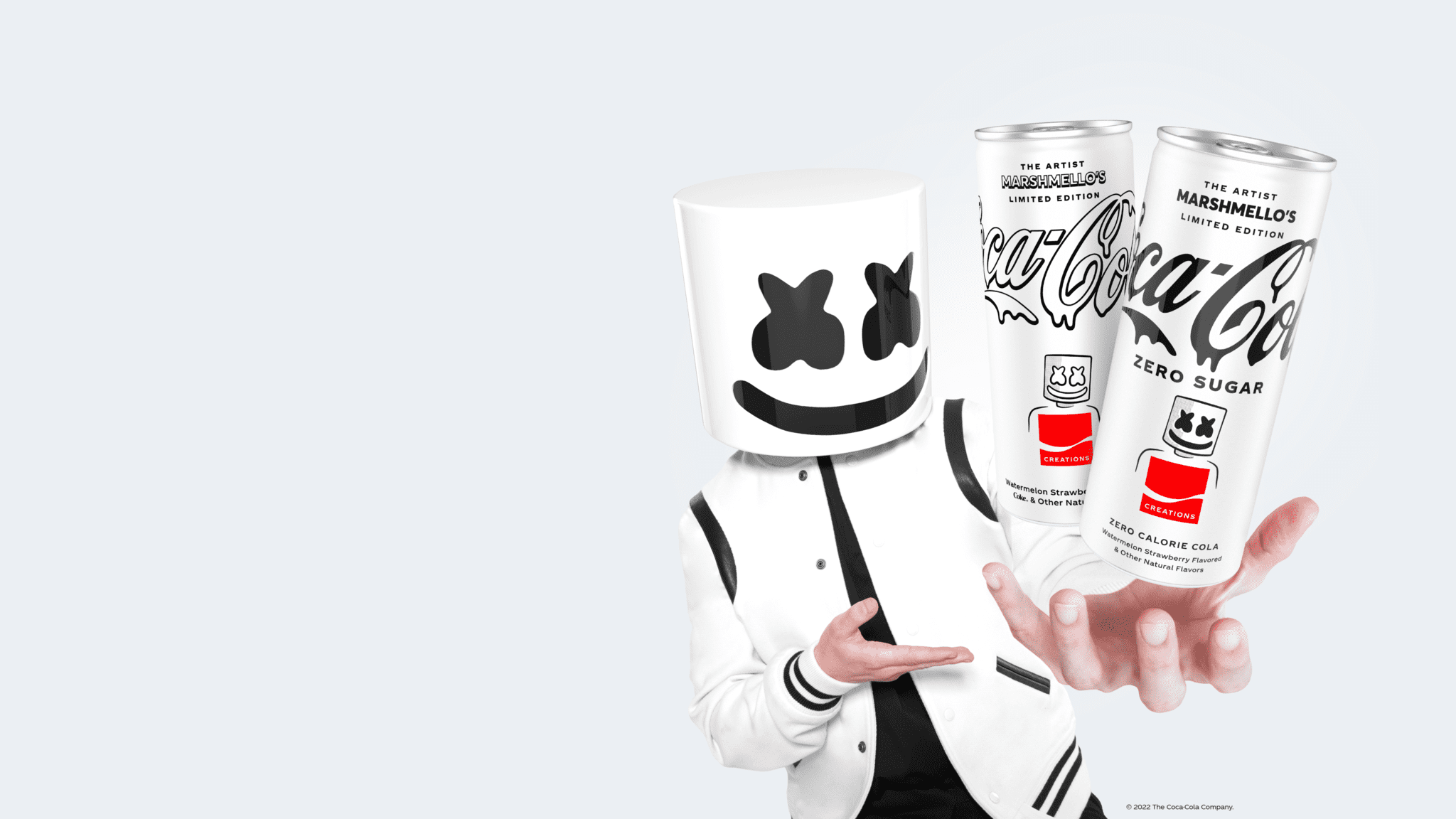 Marshmello and Coca-Cola are teaming up on a limited-edition flavour launching July 11th,”we created a vibey blend of my favourite flavours in this all-new mix” states the DJ.

The iconic and mysterious masked maestro Marshmello has had many exciting collaborations over the years, whether it be some of the world’s most elusive brands such as the popular video game Fortnite, or with some of the world’s most successful artists such as on the track ‘Numb’ with Khalid. The producer and DJ always finds ways to surprise fans and listeners alike. Marshmello is now collaborating with drinks brand Coca-Cola for a brand new flavour, available for a limited time.

Apart of Coca-Cola’s new Creations range, this flavour acts as the first time the company has collaborated with a musical artist on a flavour. Although you probably expect the flavour to be, well, marshmallow flavoured, mirroring the DJ’s musical sound and live sets, the flavour is also unexpected and totally surprising. Marshmello and Coca-Cola’s collaborative flavour is Watermelon Strawberry obviously combined with the brand’s classic taste. Also available in a zero-sugar option, the drinks launch in the United States on July 11th and in Canada on July 25th. Marshmello discusses the collaboration when he states:

It was great to collaborate with Coca-Cola®on this limited-edition drop, we created a vibey blend of my favourite flavours in this all-new mix. I think it tastes amazing and I hope fans love it too. 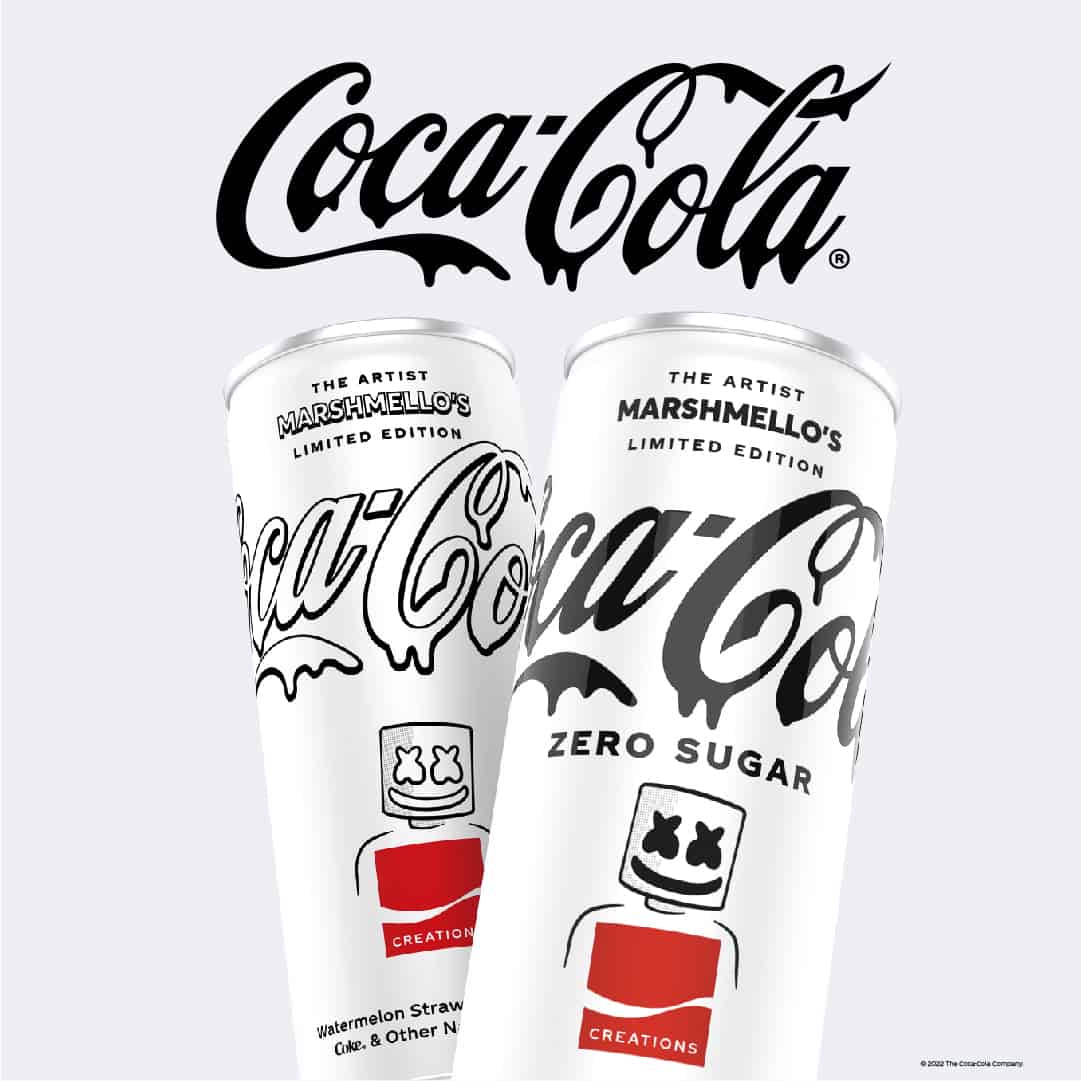 The launch features a great digital experience for fans as well, firstly, the flavour will debut in an immersive takeover on the producer’s Twitch channel on July 9th. Then following, on July 25th fans can scan the QR code printed on the can to transport them to the exciting Coca-Cola creations website where they can part-take in an AI experience and listen to Marshmello’s arsenal of hits. This flavour features as the third in the creations series and Oana Vlad, Senior Director for the Coca-Cola Company discusses this collaboration when they state:

Music is powerful in connecting communities and creating opportunities for shared experiences, much like Coca-Cola.  For our third Coca-Cola Creations drop, we sought to add an unexpected remix of flavours to a great Coca-Cola taste, and Marshmello is the perfect collaborator. It’s an exciting step for our brand to introduce Marshmello’s Limited Edition Coca-Cola and invite fans to immerse themselves in Mello’s world.