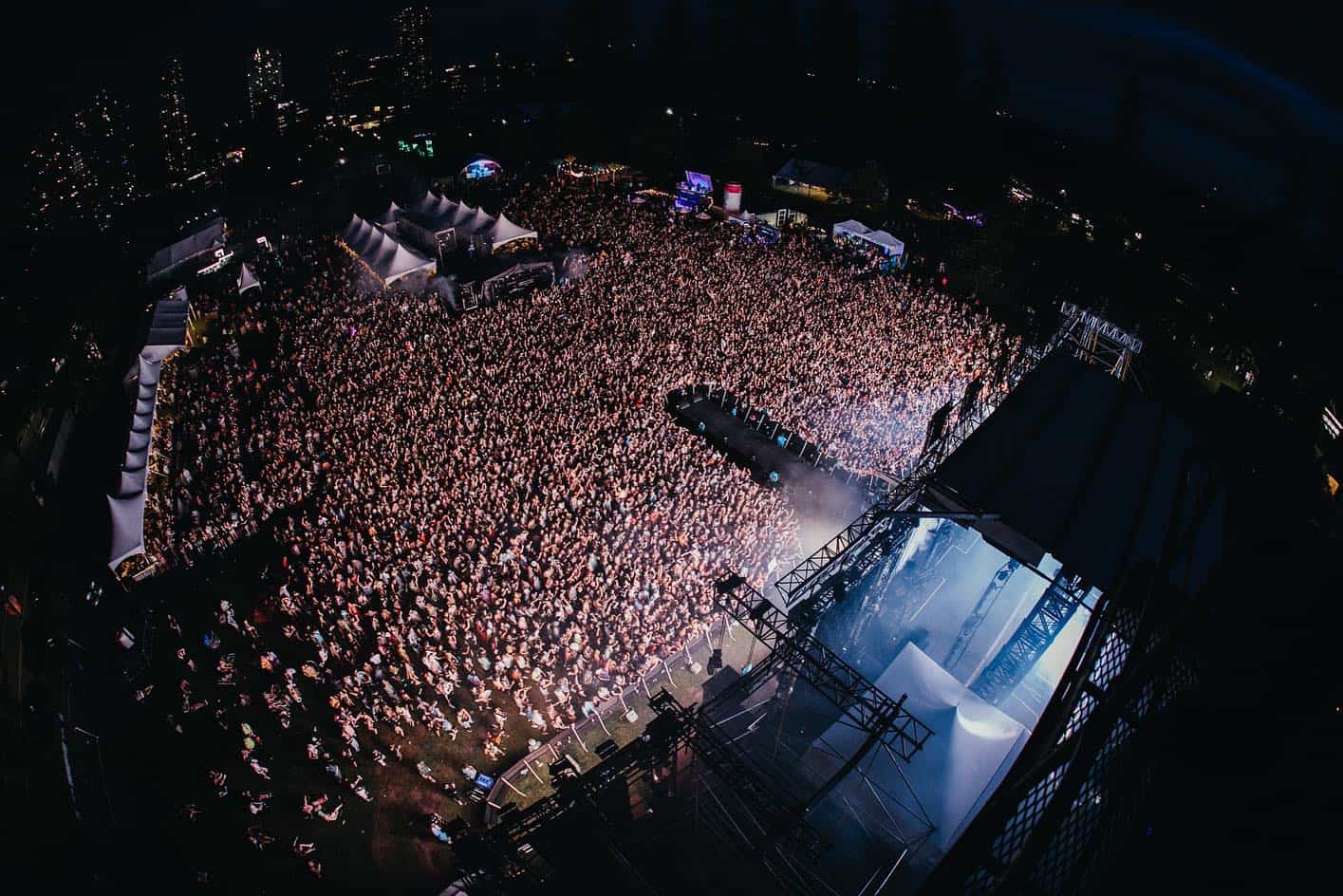 After numerous postponements due to COVID-19, Blueprint Events delivered a spectacular FVDED In The Park 2022 featuring world-class artists such as Moore Kismet, Whipped Cream, Dom Dolla, SLANDER, ILLENIUM, Excision, and many more.

In the heart of Surrey, British Columbia lies Holland Park which is usually a peaceful area surrounded by city towers and greenery. However, for two epic days, Blueprint Events transforms the large space into a full-on festival experience known as FVDED In The Park on July 8-9. Recognized as one of Canada’s most notable festivals bringing in a wide array of both hip-hop and electronic music artists, the festival welcomes 40,000 attendees to gather and unite for an experience of a lifetime. After numerous cancellations and postponements due to COVID-19, this year was truly special for festivalgoers, and immediately from the start, you could feel the energy erupting from both attendees and artists throwing it down on stage. Welcoming globally recognized artists such as Moore Kismet, Whipped Cream, SIDEPIECE, ILLENIUM, SLANDER, Dom Dolla, TroyBoi, John Summit, Excision, and many more, FVDED In The Park 2022 was definitely one for the books.

While the first day of the festival had many epic highlights, one set that truly stood out to me was from the one and only legend Whipped Cream. Caroline Cecil, aka Whipped Cream, has worked her magic to enrich fans with positive vibes through her music. By being one of the fastest-growing female artists in the industry, Cecil is proud to share her emotions and voice her opinions during her live sets and let me tell you we felt it all on Friday. From debuting her vibrant singles such as “Light Of Mine” to even debuting unreleased music, the energy from front to back was contagious. Absolutely destroying the stage with those destructive basslines and shifting levels into a series of vocal melodies to take you down into the feels, Whipped Cream proved once again that she really does it all. Controlling the fully packed crowd at the Tent Stage in beautiful British Columbia, you could tell all the Whipped Cream fans were in the thousands as she took full control of all attendees in action.

With Day 1 officially packed with high-energy sets from TroyBoi, SIDEPIECE, SLANDER, Seven Lions, Excision, and more, the crowd was on fire from start to finish.

After a memorable first day of the festival, Saturday brought on the masses as Blueprint did not disappoint with the lineup. A personal favorite set from the entire festival was from no other than the young star known as Moore Kismet. Their energy and personality truly reflect the passion and dedication given to their fans throughout the entire set. From rinsing out unreleased music and those magical gems we all need in our lives from their highly anticipated “UNIVERSE” album, the crowd could not be contained when Moore Kismet hit the decks, and let me tell you this genre-defying producer has mastered their craft to get everyone going hard on the dancefloor. Radiating positivity and shining bright during their stellar set, Moore Kismet’s Canada debut was a truly memorable one for all the fans who became blessed by the icon and we cannot wait for Moore Kismet to return.

With the energy spanning across the festival after an amazing start to the day from Moore Kismet, Day 2 featured artists such as Juelz, Don Dom Dolla, John Summit, Dabin, ILLENIUM, and more.

Still buzzing from both of the days, the Vancouver crowd had to keep the party going as the house legend Dom Dolla blessed Celebrities Nightclub for a groovy night on the fully packed dancefloor to end off the late night on the brightest note.

Be sure to stay tuned for more updates from FVDED  In The Park here and let us know if you will be attending next year.

Had a blast at @FVDEDinthePARK! Love playing shows in 🇨🇦 pic.twitter.com/LY8JjZKoEv