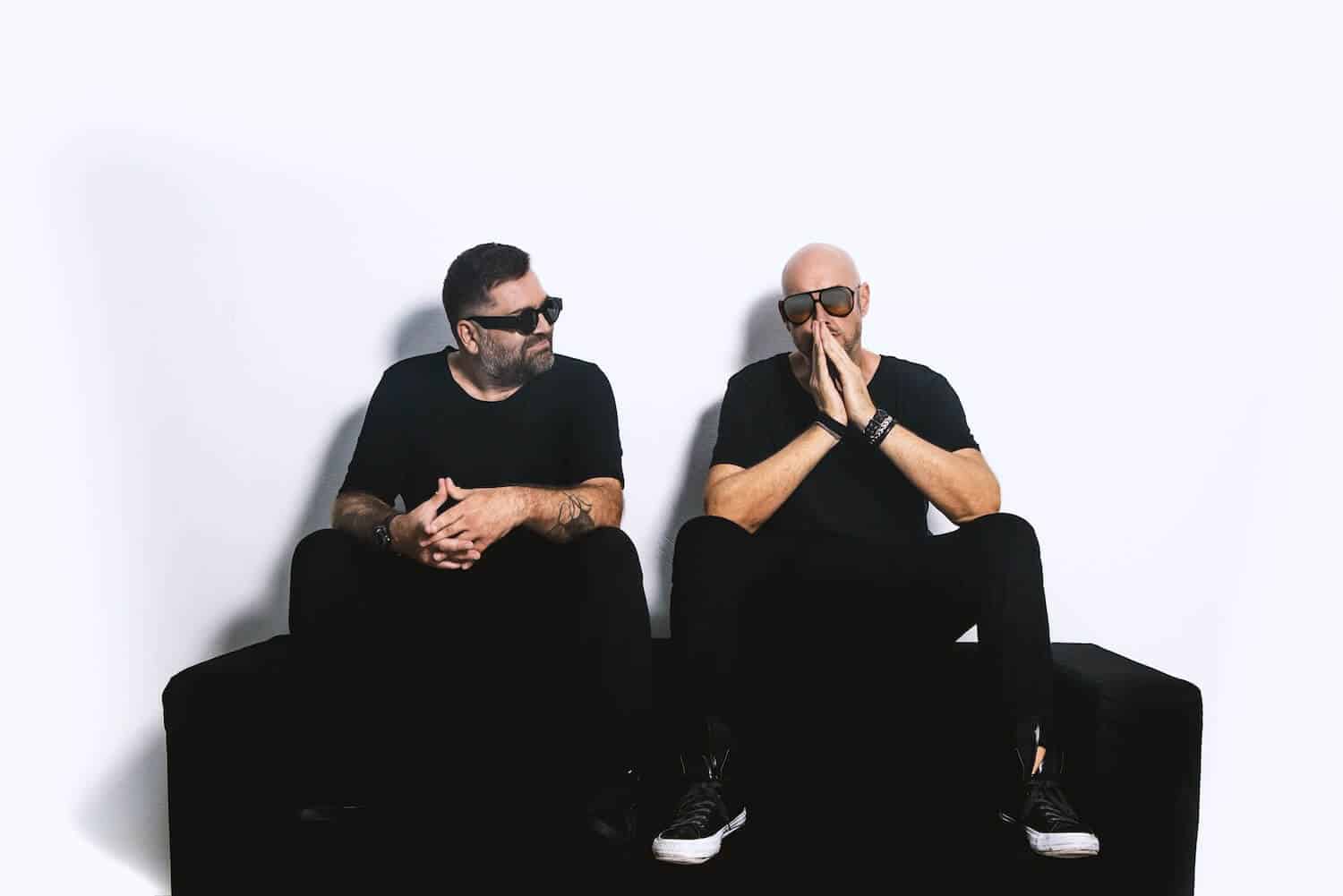 Legends Pig&Dan celebrate the huge 20 year milestone with a massive new album and saying that ‘For us, this is more of a statement than an album, hence the fact there’s a track that represents every year on this journey’

Twenty years is two decades but for techno duo Pig&Dan it represents much more than that. Since the duo formed in 2002 their days and hours have been filled with the best music and a work ethic that has made them one of the most respected duos in the techno scene. They are two artists united in one creative mind that has stood out in the last twenty years for its originality and the ultra-modern prism with which they have always approached musical production. Twenty years pulling techno forward and showing an insatiable search for new flavours that are now celebrated with a massive anniversary album. Set to be released on October 7, 2022, via their imprint ELEVATE, ‘20 Years: Pig&Dan‘ is a long player that will encapsulate 20 distinct tracks, each representing a different chapter and evolution of the producing duo. It is a review of their 20-year career that at the same time exudes an energy that projects Pig&Dan into their future. About this album and the important date it marks, Pig&Dan stated that:

‘It’s almost hard to take in that we are already celebrating a 20-year milestone of producing and performing together. To mark this epic pillar in our musical career, we’ve produced a 20-track Techno long-player where we’ve devoted ourselves to pushing our envelope and blurring the lines of genre. The project features an array of fresh unreleased productions that hold a sound we hope represents our progression over the last two decades. We’ve also included a cheeky selection of new, updated 2022 versions of some of our more celebrated productions from over the last 20 years of musical madness. For us, this is more of a statement than an album, hence the fact there’s a track that represents every year on this journey.’

Waiting until October to get your hands on such a special album might be too much to ask for the Pig&Dan fans and so the duo have now quenched your curiosity by lifting the veil on the upcoming album with the release of the first four extracts. ‘20 Years: Pig&Dan – Sampler 1‘ is the name of this first chapter, which serves as an appetiser for the LP and a demonstration of the eclectic and experimental approach that the duo offered to underground music.

‘Hope‘ is an honoured opener, which dictates the pace with a stabbing and assertive kick. It’s both mature and refreshing, letting its old-school piano stabs take you back in time as the slick production and synths remind you of the century you’re in. It’s a delightfully comforting techno track. Next comes ‘Get Closer To Me‘, a more airy and atmospheric tune but not at all stripped down. The drum patterns are the heart and soul of this track that presents itself as a highly mesmerizing and intricate spell. One technologic tribalism, well in the style of Pig&Dan’s unprecedented creativity. ‘Basement‘ is the next extract, very different from its predecessors and a rework from their 2004 work. Urban, sensual and with an absurdly genius vocal, this track is dense and sweeping. The layers fill it in space and shape, offering modern and danceable textures and sounds. Closing this 4-track package comes ‘When the Lyon Awakens‘, which surprises with its breakbeats. The rhythm is contagious, vibrant but stylised. The vocal is laid back but the narrative is very elegant. The melody is complex and complete, showing the quality of this duo’s production.

There are four distinct tracks, each one better than the other, which leaves fans with their mouths watering and a huge expectation when the full album arrives. It is a celebration of twenty years in the highest style.