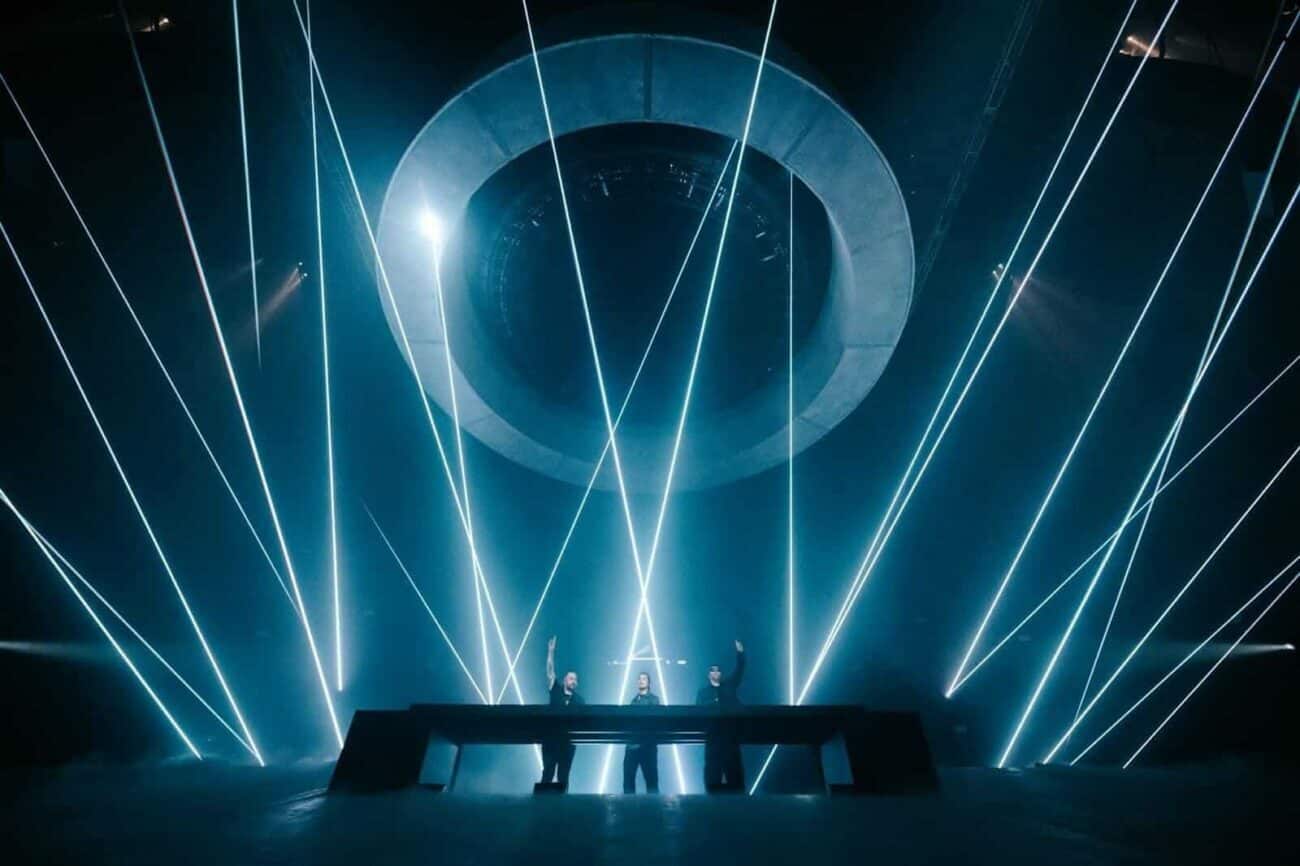 Swedish House Mafia began their world wide Paradise Again Tour on July 29th at FTX Arena in Miami.  The tour looks to celebrate their new album, Paradise Again, while paying homage to their legendary past and reaffirming their place at the top of the electronic music industry.

Opener Grimes played an exciting set of music complete with varied visuals and friends dancing around on stage throughout her set, but the crowd was clearly there for Swedish House Mafia, and after a quick changeover and 30 minute break, the trio took the stage to the sounds of their Paradise Again track, Can U Feel It.  Having had so many iconic performances in Miami in recent years, specifically their farewell shows at Ultra Music in 2013 and their official return to the same stage at Ultra 2018, beginning the tour here seemed very fitting and the crowd was up for it.  While the energy was palpable from the start, it hit a fever pitch when Axwell picked up the mic and introduced the men on stage.

“Ladies and gentlemen, my name is Axwell.  This is Steve Angello.  This is Sebastian Ingrosso, and Miami, we’re the Swedish House Mafia, are you ready?” 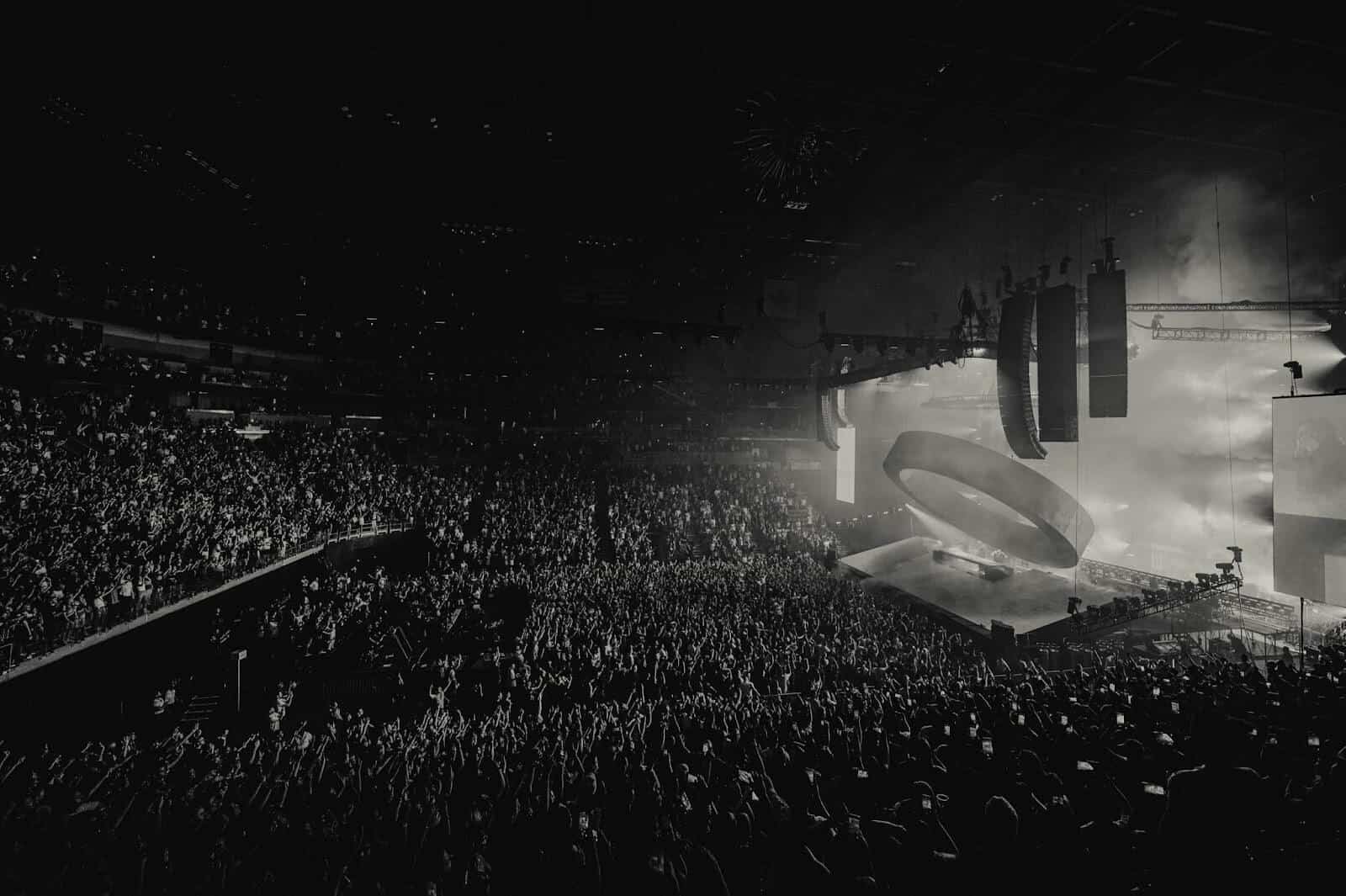 While the three need no introduction, fans around the world still feel a special energy when they take the stage together.  As the show pushed on, the massive stage production, a front hill of sorts which saw the three producers standing atop it, underneath a giant ring which rotated throughout the event, often illuminated by lasers and other color splashes added to the visual element of the music.  Now armed with a full length album, the trio maneuvered through tracks from all era’s of their career, alternating between huge vocal anthems and pounding house beats. As the show neared the final third of their hour and half performance, the group featured reworks of individuals hits Reload, Leave The World Behind and Rave’n Roll, a reminder that they can be as brilliant apart at times as when they work together.  As the show neared it’s end, Axwell took to the mic again to ask the audience one final, important question:

With that, the familiar sounds of the groups biggest hit rung throughout the arena, and when the group paused the music for the first chorus, every fan in attendance sung the words back to the stage, in a beautiful, if slightly off key reminder of the power of music.  The track was mashed up with the groups other arena made sing along, Save The World, and while it played out until the lights went on and Axwell, Sebastian Ingrosso and Steve Angello took their final bows, it was truly Paradise Again for everyone who witnessed the spectacle. 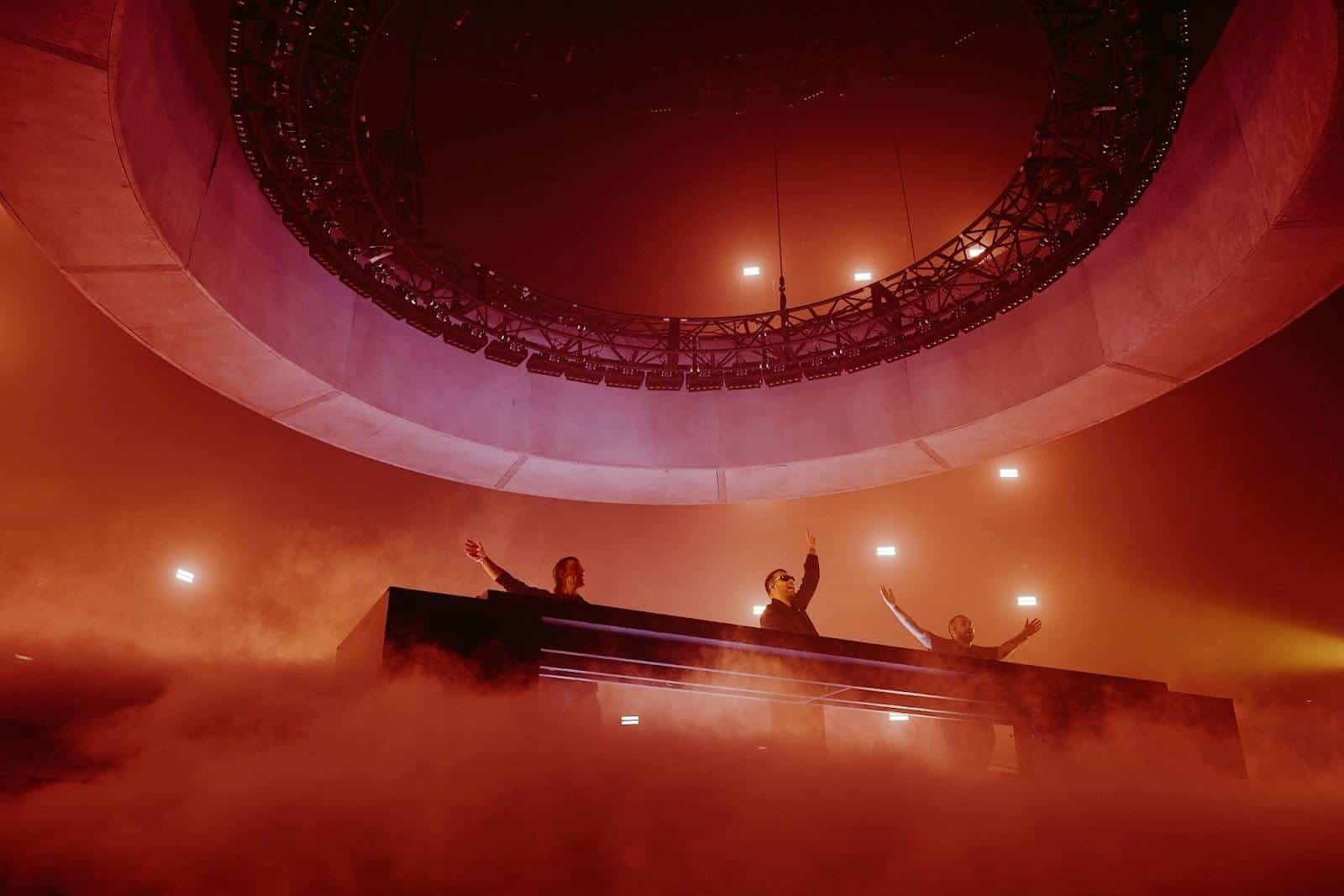