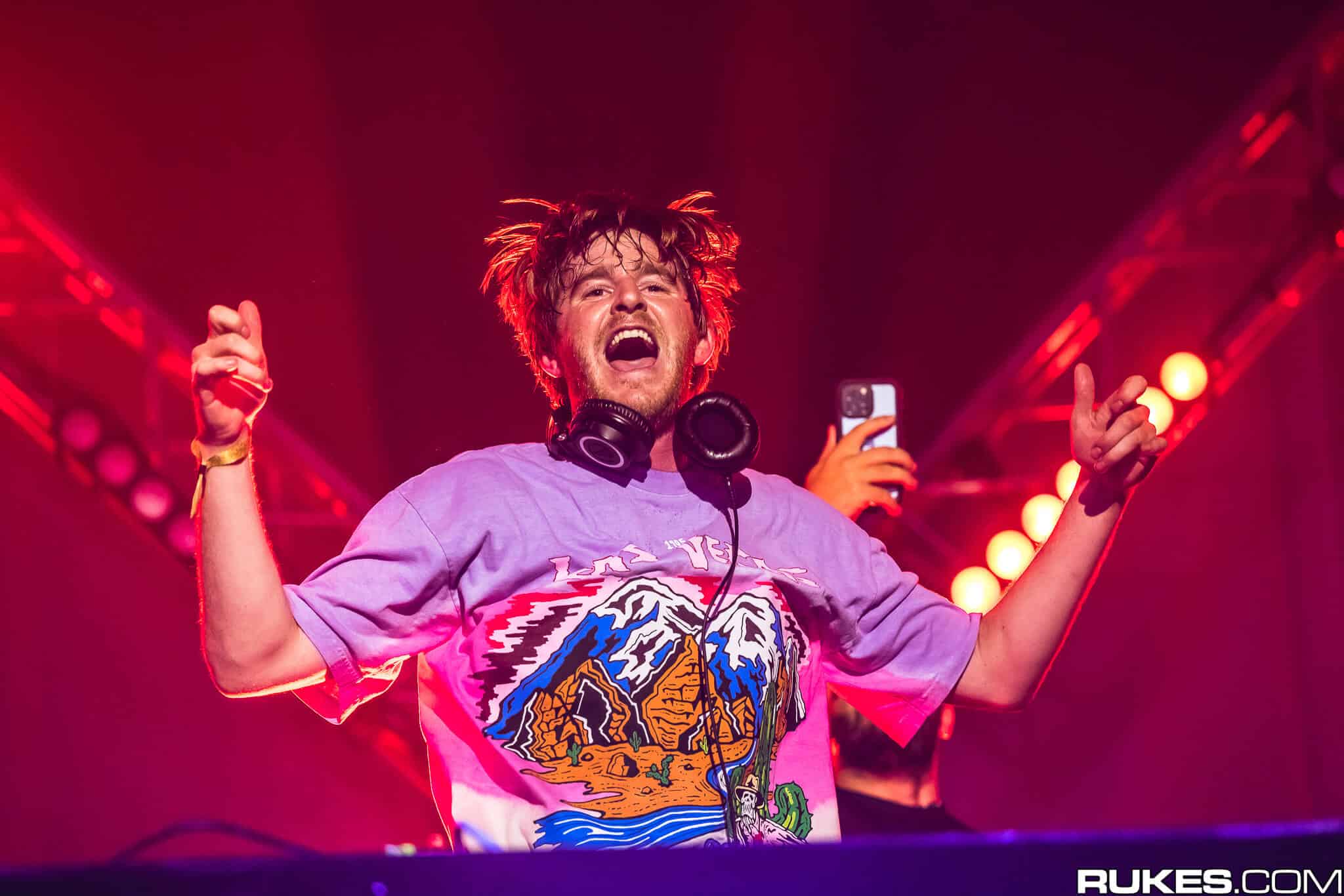 “Can’t even express how grateful I am for EVERYONE who put work into this. There is a MASSIVE list of people from management team, collaborators, producers, songwriters, video directors, animators that I quite literally can not tag everyone in this post but I just want to say how grateful I am,” says NGHTMRE about the release of his debut album, ‘DRMVRSE.’

For any artist, a debut album is somewhat of a nerve-racking yet exciting and monumental time. A chance to showcase their production skills and musical journey in a full, consistent body of work, this is something that bass legend NGHTMRE is experiencing right now. Since around 2014 when he started up until now, fans have gotten to see plenty of iconic singles and EPs, and now has come the time that both fans and NGHTMRE have been waiting for.

The ‘DRMVRSE’ story is one that was started to be written back in 2020, and he began sharing updates with his fans on Twitter back last year, stating last January that “this album I’m writing feels like the first NGHTMRE EP on steroids.” Since then, everyone has been waiting on the edge of their seats to see how they would be blown away, and it was evident that they had something special to behold when he gave us the first taste of the ‘DRMVRSE’ universe with lead single ‘Fall Into Me.’ This track not only kickstarted this wonderful universe, but also continued the collaborative partnership between him and duo SLANDER, with Dylan Matthew also.

Speaking of collaborations, it is an important factor of this album. Sourcing likeminded producers and other multi-genre artists, you’ll find the likes of Virtual Riot appear on ‘Teardrop,’ Zeds Dead on the previously released ‘Shady Intentions,’ Oliver Tree on ‘Nothing’s Perfect‘ and many other brilliant popular and upcoming stars. Alongside these collaborators who do incredible jobs of mixing their signature standout sounds with NGHTMRE’s established soundscape, the producer ensures that this debut also puts the spotlight on his solo skills, with tracks such as ‘Threshold,’ ‘Fear‘ and ‘Another Dose‘ to name a few bearing just his name.

In terms of the visual aspect of ‘DRMVRSE,’ NGHTMRE has been hard at work crafting up visual masterpieces in the form of music videos for his tracks, such as the ‘Fall Into Me’ music video above. More recently, though, he dropped a mystifying music video for IDK collab ‘Trials,’ further fuelling that deep, dark element to this fictional universe.

In essence, ‘DRMVRSE’ invites listeners to step into a fictional world that is unlike anything they’ve experienced before. Not only musically cohesive, the story of it is just as complex and thought out, being based around a Neurotech company which discovers a sonic frequency called Unsound which leads to gateways to other physical planes of existence, the ‘DRMVRSE’ itself. Psychedelic, sci-fi goodness rolled up into 13 tracks, NGHTMRE suggests that this era is just getting started as he made his thank you’s in a recent post:

“Can’t even express how grateful I am for EVERYONE who put work into this. There is a MASSIVE list of people from management team, collaborators, producers, songwriters, video directors, animators that I quite literally can not tag everyone in this post but I just want to say how grateful I am for everyone’s hard work. I will be sharing lots more BTS and “making of” posts in the coming months.

I still have some amazing surprises (remixes, VIPs, etc) to come for this album AND a live show starting October 1 in Chicago that will be the craziest show I’ve ever put on!!”

Delve into the weird and wonderful world of ‘DRMVRSE’ with NGHTMRE below, or on your alternative streaming platform of choice here, and check out upcoming tour dates here.