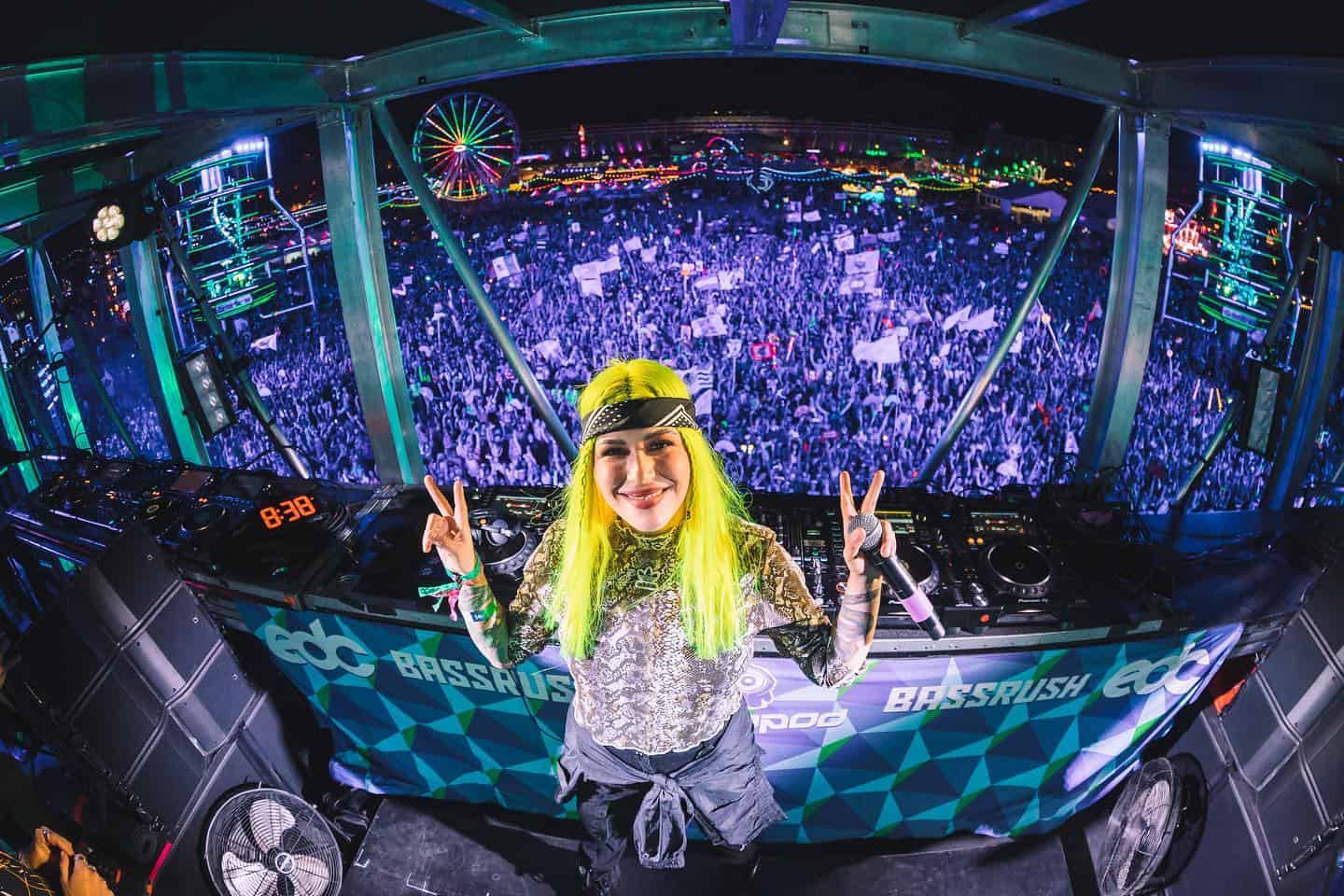 Back with the eighth edition of our Trap and Bass Essentials, We Rave You is excited to highlight a few of these revolutionizing artists such as Jessica Audiffred, Chassi, DON DARKOE, badxyou, 8485, Rich Delinquent and Xavi.

Dropping heat and pushing their signature bass-infused sound forward, We Rave You is excited to present the eighth edition of our Trap and Bass Essentials featuring Jessica Audiffred, Chassi, DON DARKOE, badxyou, 8485, Rich Delinquent and Xavi.

After playing a massive set at Blueprint’s 25th anniversary festival in Vancouver, Jessica Audiffred absolutely drew the crowd in with waves of dubstep and heavy-bass signatures, the crowd was in awe from beginning to end. Riding the rail comes naturally when Audiffred takes the stage and the number of fans dedicated to going hard on the dancefloor and singing along was unmatched for the evening. With a series of top-tier tunes including “Riding” and “Nothing’s Left,” Audiffred is the one we trust to ignite the festival crowd with energy, and let us tell you she did not disappoint for the 25th-anniversary celebration. To keep you sane until her next time to bless her fanbase in Canada once again, be sure to listen to the VIP of “Cold Case” with Chassi and BLUPILL.

Chassi  – “Everything About You” feat. Donna Tella

Los Angeles-based artist Chassi has been consistently firing festival-ready heaters to the masses around the globe. From throwing it down at shows in Denver, Houston, and more, Chassi is preparing to take over the Skyway Theatre next month as he joins Kai Wachi on tour. After dropping his hard-hitting ‘ITS TIME’ EP, Chassi is proving he can master any genre with the release of his melodic bass tune ‘Everything About You’ featuring Donna Tella. Riding deep into your feelings and abruptly taking a turn, this track satisfies all those bass-lovers who are craving something new to jam out to. Chassi and Donna Tella heal even the toughest losses with wistful melodies and a soulful vocal performance which is apparent throughout the single. This one is guaranteed to give listeners goosebumps and surprise listeners as the tempo-begins to rise. Bass-infused madness with a side of frequencies ignite the crowd with the utmost energy. Easily a crowd-pleaser, Chassi is pushing his ever-evolving sound forward with this irresistible track below. Be sure to connect with Chassi here.

DON DARKOE is a Perth nightlife and production legend, DJing the hottest clubs in Perth, Australia, and also at the same time running one of the leading Drum and Bass nights there showcasing talent from across Australia in the D&B Scene. His latest track “Delicious Fairy Dust” showcases smooth vocal melodies, crisp percussion, and an explosive high-energy drop. Commenting on this debut single DON DARKOE shares “This track was my first experimental creation of the drum and bass genre. Coming from a background of trap music and a love of melodies, I dabbled in 174 bpm infusing my vocals with drum and bass with the aim of creating something catchy that people can vibe and dance to. In the end, I called it Delicious fairy dust because it was what I felt it would be like if someone sprinkled some on me.” Listen to the energetic track below and connect with DON DARKOE here.

October is Mental Health Awareness Month and there couldn’t be a more timely song than this new single “Better,” from the eye-catching and fantastical pop-punk trio badxyou, featuring the self proclaimed underground pop star, 8485. “Better” is powered by a vulnerable narrative, as badxyou frontman Andy confronts his bipolar disorder, battling within a toxic relationship of wanting to be seen as someone better than who he thinks he is. A thumping beat and glistening guitar riffs reminiscent of The Killers “Mr. Brightside” masquerade the emo lyricisms that show a deeply personal look at the complexities regarding this disorder in a beautifully authentic manner. Connect with badxyou here and listen to the stunning track below.

Rich Delinquent is back with another emotion-fueled track, “1800ifuckedup” featuring widely celebrated songwriter and artist Bobby Raps whose credits include The Weekend, Gunna, Post Malone, Kid Laroi, & more. Together, the two make a dynamic team, crafting compelling lyrics that are, as Rich explains, “about being lost in a city of vices and trying to reach out to the one person who can pull you out of the darkness.”  The production matches this aura, placing the listener directly in the center of the song’s storyline by offering cyberpunk-esque motifs around a stimulating hip-hop beat. Synths sway back and forth, resembling that feeling that Rich sings of “feeling lost in the Ozone”, building into a chorus where the chords spiral, emulating the state of mind around this character as they desperately reach out for help.  In 2019, Rich Delinquent broke loose onto the music scene, utilizing imagery from pop culture villains as a creative manifestation of his mental health in his music. Melding a dark blend of electronic, hip hop, and emo sounds together in his music, Rich Delinquent has developed an addictive brand around his project as his music and videos continue to speak to a generation that seeks deeper meaning in the art they consume. Check out the track below and connect with Rich Delinquent here.

Xavi magnifies his listeners imagination with his debut on Insomniac Records label Lost In Dreams with his release titled, “Justwanna.” Justwanna is a dreamlike
song, something that came to fruition through a desire to further evolve his sound. The song is meant to evoke the feeling of longing for someone you love and was
started while on the phone with his girlfriend while she was on the other side of the world. Heavily influenced by hyper-pop artists like Jedwill and Brakence to name a few, Xavi thinks that “Justwanna”  excellently depicts where his music is and where it’s going, and thinks Lost In Dreams was the perfect fit to debut this newer direction. Sharing his thoughts behind the single, Xavi states:

“Justwanna is one of my favorite tracks I’ve made in more than a while and it really displays where I’ve been taking my sound as of late. I don’t really know if I could have picked a more perfect label than Lost in Dreams for this release.”

Be sure to listen to the tune below and connect with Xavi here.