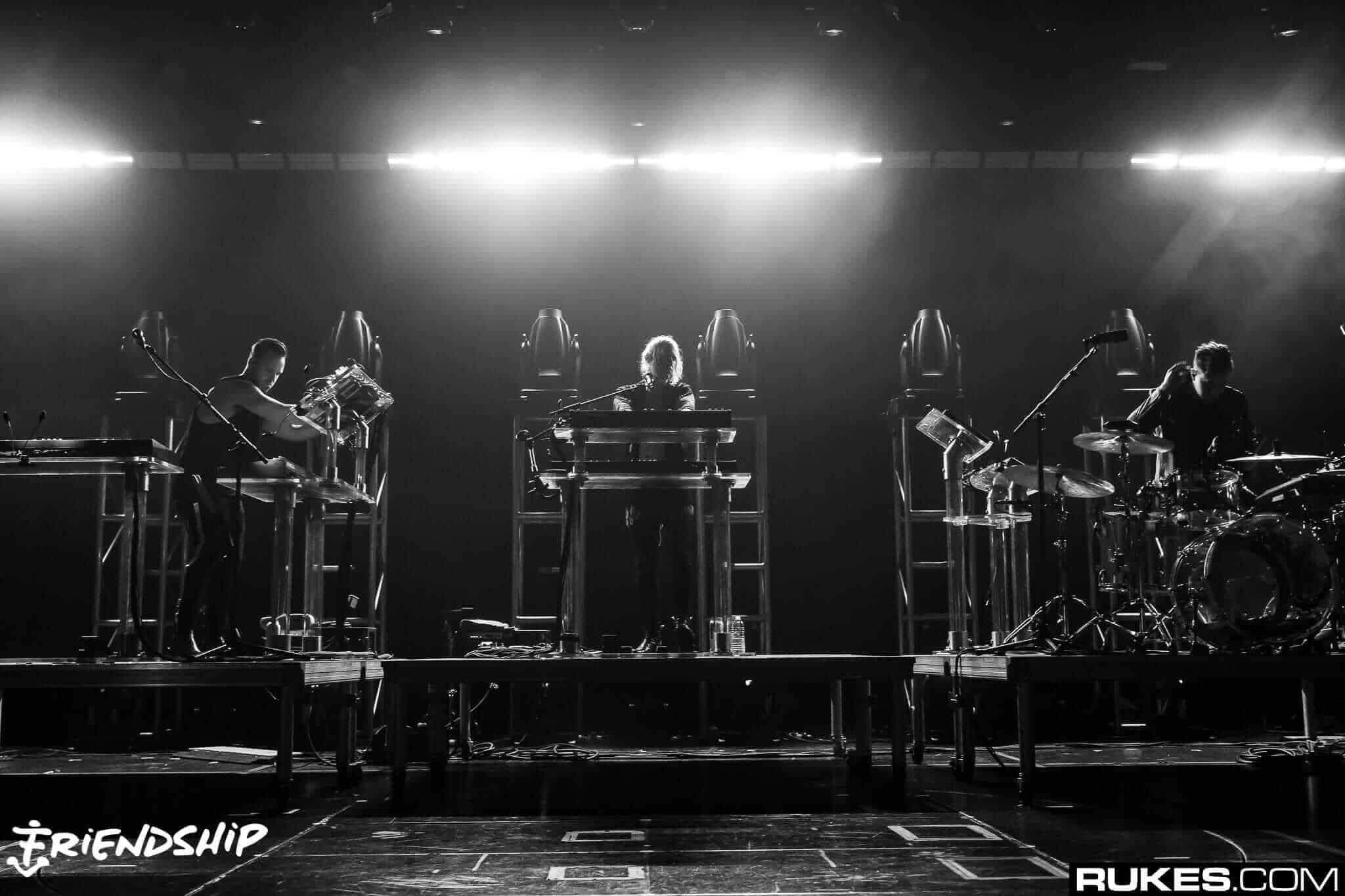 After a massive year on the road, Rüfüs Du Sol has decided to share a stunning clip from their live show with fans.  Taken from an earlier tour stop at The Gorge, the video showcases the intensity and visually stunning production of their live shows.

While the group delivered their highly anticipated fourth album, Surrender, at the end of 2021, the group took the road in 2022 to celebrate the new tracks with their fans.  With their US tour dates now come and gone, they have now shared a live version of their Grammy-nominated single, On My Knees, offering both the audio as well as professional shot video from their October 1st stop in Washington.  While the studio version clocks in 4 minutes and 21 seconds, the trio of Tyrone Lindqvist, Jon George, and James Hunt manage to spread their musical wings and create a 7-minute sonic journey for fans to digest.

The professionally shot clip has Rüfüs Du Sol bathed in red lights from the stage, as the song builds with all three members bringing the performance to life for the sold-out crowd.  The live vocal is stunning as the group recreates the track with ferocity and passion, delivering a haunting yet driving performance from start to finish.  As the track slows down in the middle. the subtle electronic flourishes harken back to Radiohead’s work on their masterpiece, Kid A, and the refrain of, “I’m on my knees again,” recalls the hypnotic ways in which Thom Yorke delivered his vocals on that album 22 years ago.

For fans who couldn’t make it to the summer two, this performance is simply a great reminder of what was missed but a fortunate present to preserve the excitement and passion that the group delivered on stages across America.  Check out the full video below or stream the audio on all major platforms.