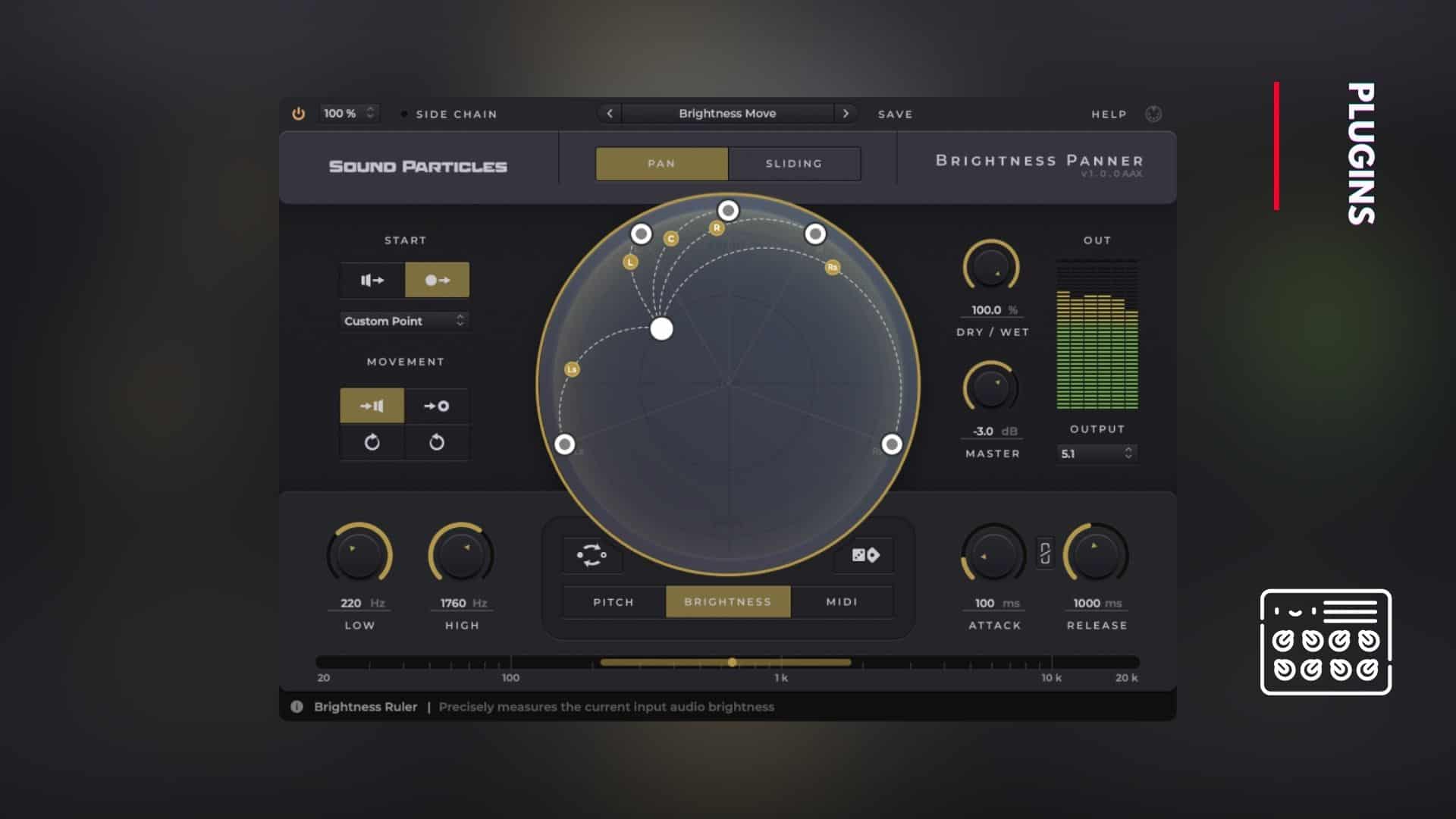 Sound Particles’ main goal is controlling the space and time of sound within a 3D world. With a total of 4 plugins and 1 standalone app, you’ll be able to design every sound in a special way. Their latest plugin called Brightness Panner got released on April 13, 2021. Down below you’ll find a review of this panning plugin.

At first sight, you’ll notice its spacious display where you can control the movement of the sound, through the stereo field, by using 2 points. Decide if the incoming signal will be pushed to the front or to the back and how much it will move between left and right. You’ll be able to set a custom starting point for yourself, where the panning effect will start, or choose the original input position. Use this plugin as a custom EQ by controlling which frequencies will start the panning effect, at which the large frequency indicator will show you the frequency range of the incoming signal.

Through the large pitch, brightness, and MIDI buttons, you can choose different sources to which the effect will react. Invert the panning effect to create a different outcome or be surprised by the random function. Use the attack and release dials just like a compressor, by controlling how fast the sound will move to the end position and returns to the beginning position. At last, you can switch to the sliding mode. This mode won’t let the effect return to its starting position once going beyond range but will freeze that position instead. This will create a unique sound shift effect. Brightness Panner comes with a large amount of presets for you to try out on different sounds.

Panner Collection – €61.41: including the Energy Panner plugin as well.

If you are someone who likes to play around with the stereo field a lot, Brightness Panner is a great pick for you as it brings a unique character to your sounds.

Take a look at the plugin itself down below:

Read Next: We Rave You Tech launches its first free Sample Pack