Thousands gather with DJs in London for Save Our Scene protest

Many in the UK believe that the night time sector (clubs and live music) is being treated unfairly during the Covid-19 pandemic due to lack of care or support. Deciding to rise against this unjust treatment and to make the government pay attention to the needs of the entertainment sector, an organised protest called Save Our Scene happened over the past weekend.

On June 27, tens of thousands of people turned out to Regent Street in London to march with some of the UK’s leading artists such as Solardo, Alan Fitzpatrick, Franky Wah and many more who provided music on trucks to the marchers. Backed by the Night Time Industries Association (NTIA), the march aimed to stand up against the restrictions that are currently preventing nightclubs and event spaces from opening their doors despite test events showing that events are no more dangerous than going to the shops, and sports events allowing crowds up to a certain capacity. 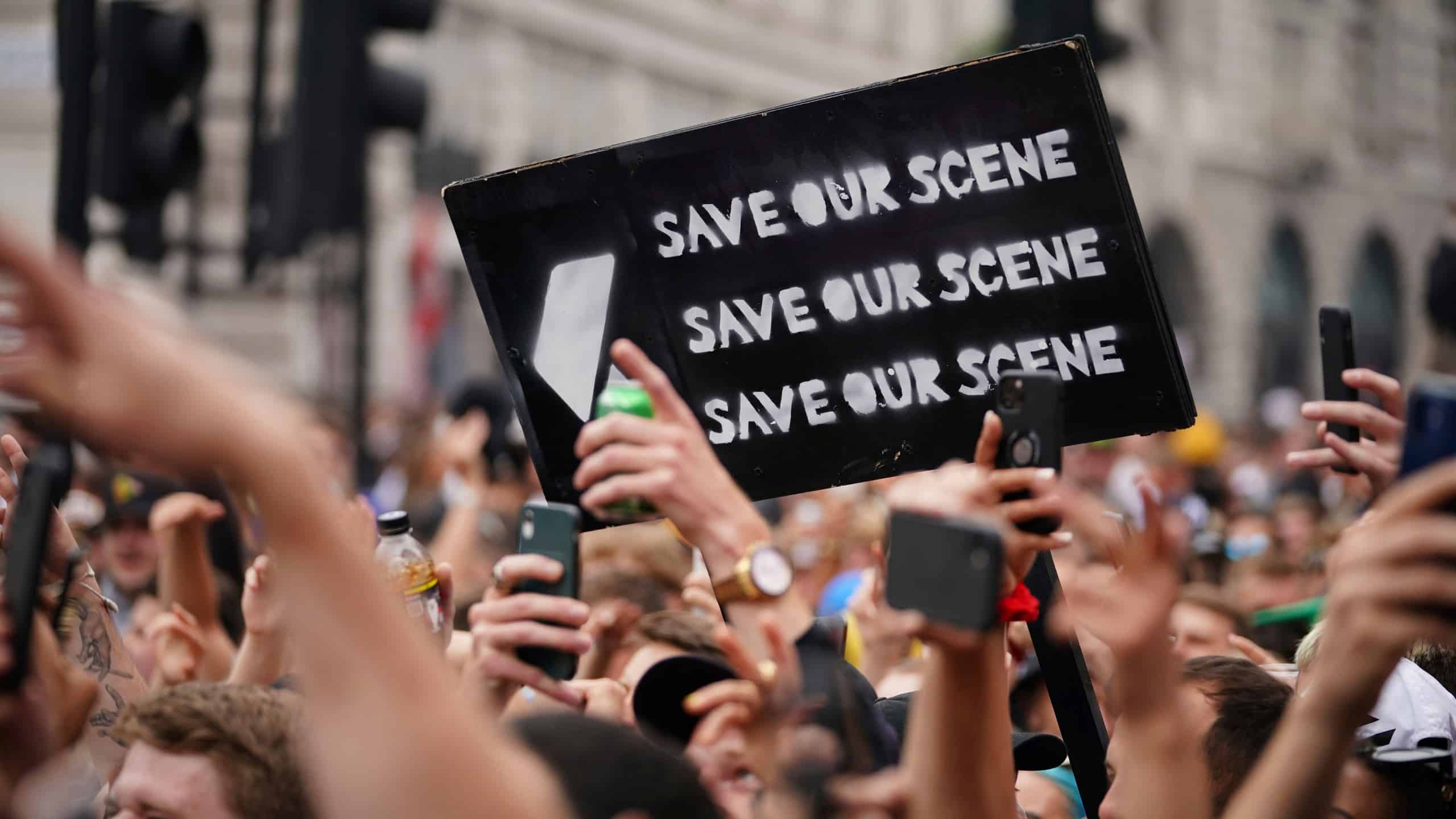 Although Prime Minister Boris Johnson hopes to remove the remaining restrictions on July 19 after a four week delay causing clubs to postpone plans yet again, the people behind this march insist that these rules must end immediately. Considering how badly the night time sector has been hit, a four week delay has been catastrophic on not only partygoers who have lost their livelihood but also on club owners and everyone who works in the club world.

‘We felt yesterday’s protest was necessary because the industry is being completely excluded, marginalised and all but forgotten by the Government. 700,000 jobs lost and over 10,000 venues permanently closed. We feel these people and establishments are way too precious to lose.Massive thanks to all the artists involved and also this lot for making it all possible.’

Amazing Support Today for Save Our Scene “Freedom To Dance” supported by #letusdance – Please share and support and if attending be safe and remember we are marching in response to Government marginalising our Industry! @saveoursceneuk pic.twitter.com/csFK0UIA8z