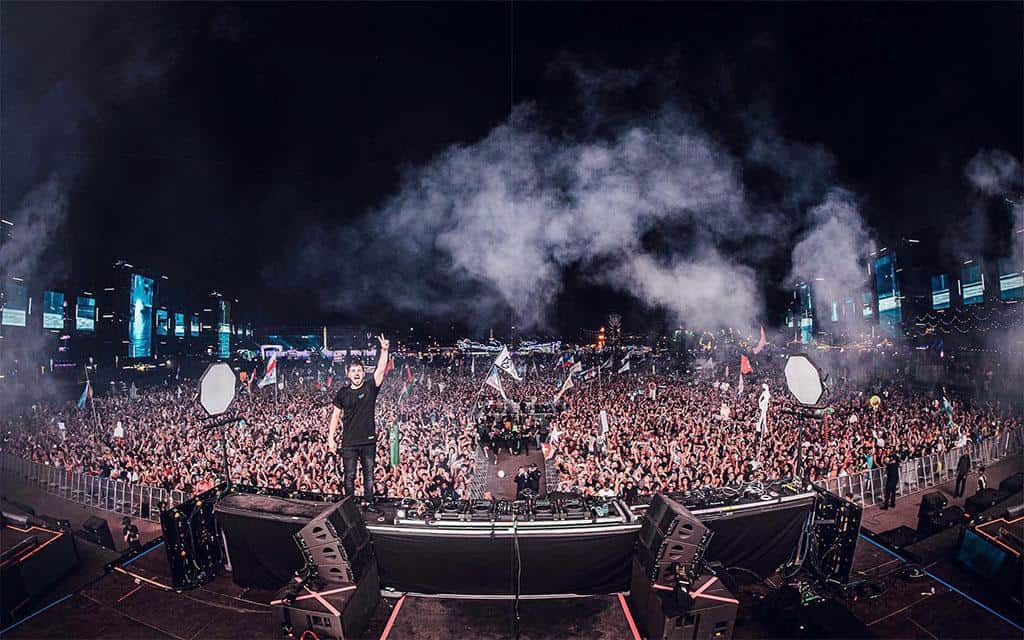 The household name that is Martin Garrix continues to show that he is a step ahead of the rest, this was only highlighted during his incredible set during the return of Electric Daisy Carnival over the past weekend. Already being close to a perfect set due to the Dutch DJ and producer dropping his many well-known hits, the set was taken to another level due to the plethora of brand new ID’s that Garrix perfectly added in.

Emotions ran high as Martin Garrix took to the ALDA hosted circuitGROUNDS stage on Saturday, playing his familiar euphoric hits the likes of ‘Forever’ and ‘High On Life’ to the thousands of attendees. EDC’s organiser’s Insomniac is now well known for its legendary and hypnotic production and this was no different as an out of this world stage design, light shows and fireworks accompanied the set. Garrix is never shy of debuting brand new music during his shows, and here multiple were shown for the very first time, a heavy-hitting new track by STMPD staple artist Brooks was played along with a vibe filled track from Martin Garrix’s alias AREA21 (which is a duo with Maejor). Other enticing and never before heard ID’s were also played whose artists are currently unknown, however, it’s safe to say that they were a perfect addition to Garrix’s set.

Other highlights to the set was a bootleg of Swedish House Mafia‘s brand new collaboration with The Weeknd ‘Moth To A Flame’ created by dutch DJ duo DubVision which caused the crowd to erupt with energy, as well as a play of the claimed by many as the song of the summer, Shouse‘s ‘Love Tonight’ that Martin Garrix mashed with Seth Hills & Vluarr‘s ‘Calling’. We don’t want to ruin every surprise contained in this astonishing set, you can check it out for yourself on YouTube below.