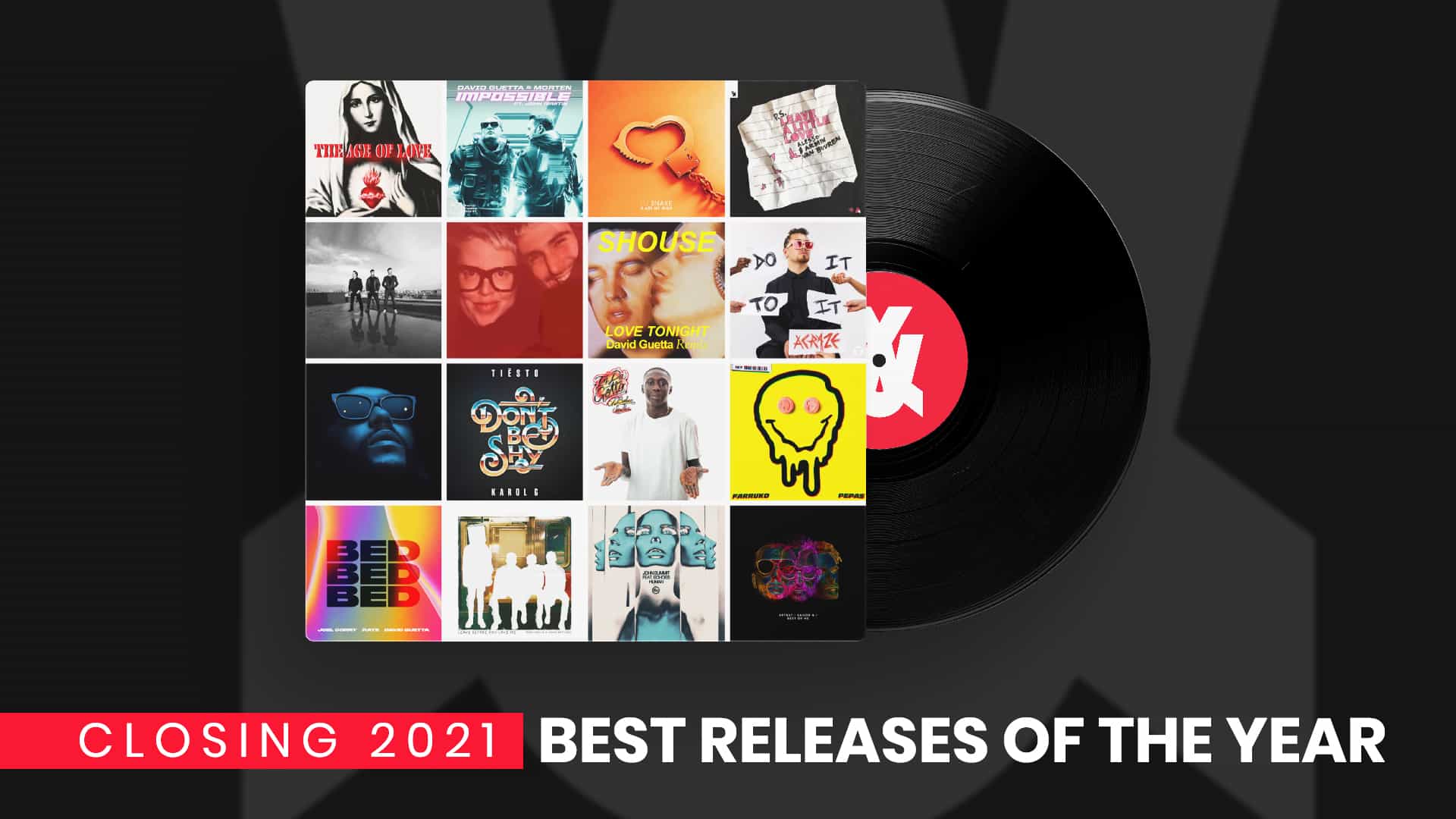 Another year, another 12 months of nothing but anthems. Once again, as another year looms it becomes the time to look back upon what our favourite artists have contributed to the scene in terms of releases. 2021 in music has been packed full of some of the biggest anthems in a long time, and it seems as though every artist was determined to outdo themselves, not only creating tracks perfect to celebrate the return of festivals, clubs, and touring with, but with extra studio time available it was certainly spent crafting memorable melodies. We’re looking back upon some of the biggest tracks in terms of streaming and popularity of the year. What was your favourite track of 2021?

Over halfway to one billion streams, the grip that ‘Pepas’ has had on the music industry has been monumental. With many of our favourite DJs catching wind of its popularity and playing it out in their sets, this has further added fuel to the ‘Pepas’ fire, and even sparked official remixes from powerhouses like Tiësto, David Guetta, Benny Benassi, Robin Schulz, and Steve Aoki. It’s undeniable that crowd reactions to this tune have been insane to witness, and it has spread like wildfire from the Latin scene to the electronic scene in no time at all.

Finding incredible commercial success in the dance and pop worlds alike, ‘BED’ isn’t just one of the biggest electronic anthems of the year, but is within the music scene as a whole. Being certified platinum in July, which certainly happened extremely fast, the track oozes charisma and summer vibes, and was everyone’s go-to anthem to soak up the summer rays or to lose themselves on the dancefloor with. With all three artists being highly esteemed and established in their own rights, this just further propelled the star status of the track, transforming it into one of the scene’s most successful tracks of the entire year.

Marshmello – Leave Before You Love Me (with Jonas Brothers)

Seeing dance go commercial in a high profile way, Marshmello collaborated with the now reunited Jonas Brothers for ‘Leave Before You Love Me.’ With Alesso on the co-production credits alongside Digital Farm Animals and Heavy Mellow, there’s no wonder as to why such deep emotion was abundant. Performing this track together at the Billboard Music Awards, it also served as the Jonas Brothers’ first release of 2021.