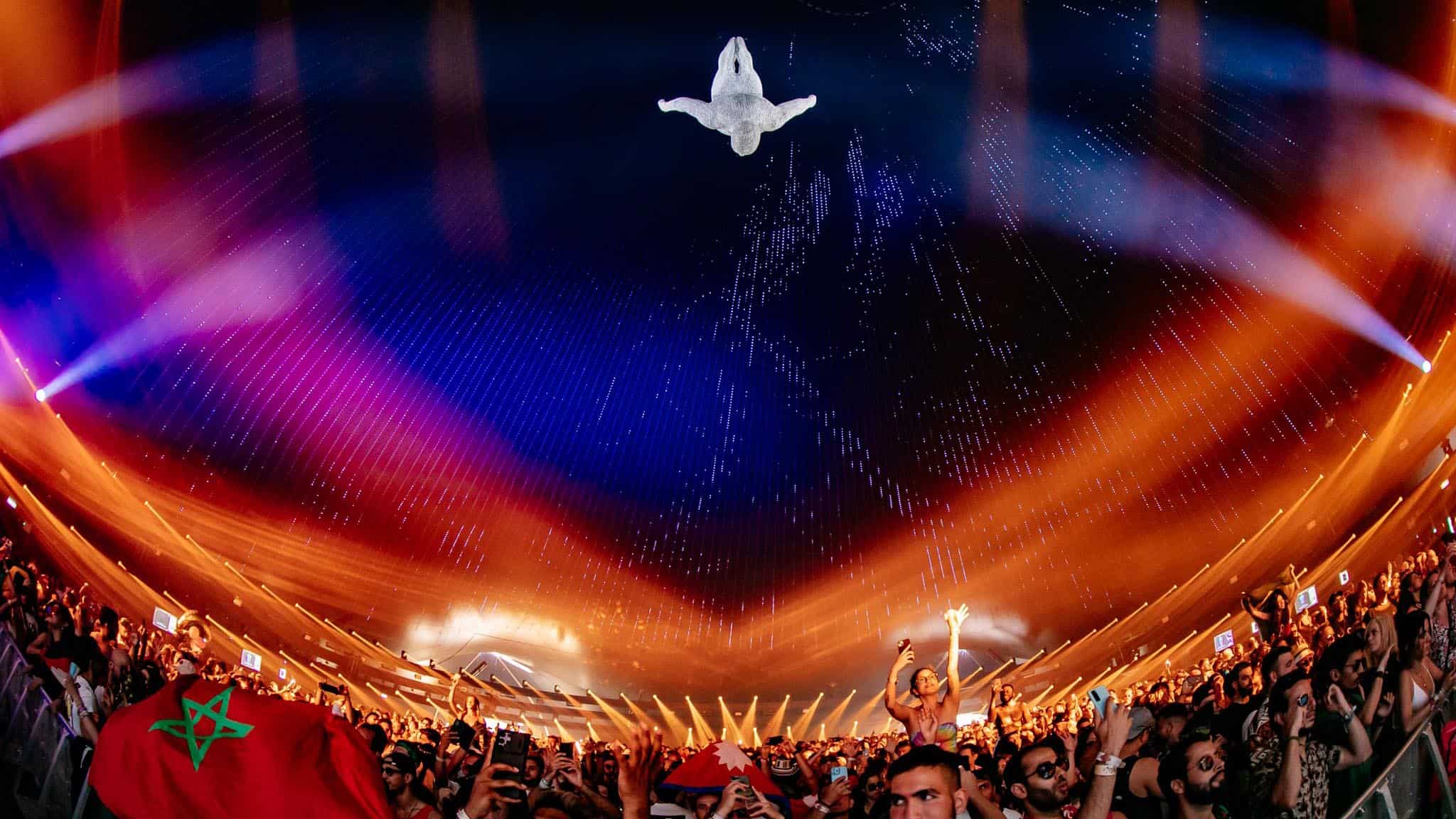 Tale Of Us bring perfection to the Afterlife stage at Tomorrowland: Watch

Italian duo Tale Of Us took over the stage curated by their label Afterlife at Tomorrowland last Saturday to deliver a mind-blowing set.

Tomorrowland’s Atmosphere stage tent has hosted the Afterlife brand for some of the most epic performances in the realm of melodic techno and this year the hanging mane returns to the tent to make this long-awaited festival return epic. Closing the Afterlife stage on day two of the first weekend of Tomorrowland 2022, Tale Of Us took the helm for what was a seamless set. The music set the mood, but much more was in store for those who made it to this mythical tent. As well as coming armed with otherworldly ID, Tale Of Us’ performance was guided by absolutely mindblowing visuals, which captured fans into a parallel realm dominated by the most immersive soundscapes.

Tomorrowland is traditionally a platform for new music. The unreleased and unknown ID always make a strong presence on the various stages and in the setlists of several artists. In melodic techno, this ritual is taken tremendously seriously and this Tale Of Us set is a strong example. If you have been following the duo in the dozens of shows they have done in the last months you might have thought you knew what you were going to hear, but the surprise didn’t take long to arrive. Debuting a mysterious new intro, Carmine and Matteo started without mercy, provoking an immediate desire for more, and for that ID.

The start and finish hinged on the same names, with the glorious combination of Anyma and Chris Avantgarde. We’ll have to wait a little longer on the former, but the grand finale was to the sound of the acclaimed ‘Consciousness‘, dressed up in Eric Prydz‘s version. Further pearls from Anyma were heard, as his pristine collaboration with Innellea ‘Angel 1‘ released via Afterlife could not be missed, as could Dyzen‘s ‘Tesseract‘. The two-hour set was painted with countless unknown IDs that shared an anhémic, extraterrestrial, divine and hypnotic character, in the style of the black magic with which Tale Of Us like to bewitch the crowd. ‘Dance With Me‘ is one of Kevin de Vries‘ most awaited IDs that Tale Of Us used here to the delight of that battalion of dancers. It is, without doubt, a track that suited the mood that the duo set with their performance. Directly from the upcoming catalogue of their melodic fellows ARTBAT, ‘Origin‘ was also heard.

Relive Tale Of Us’ incredible set at Atmosphere tent below. As for the ocean of new IDs, all you can do is wait for the release of another ‘Unity‘ compilation from Afterlife, where many will surely be featured.