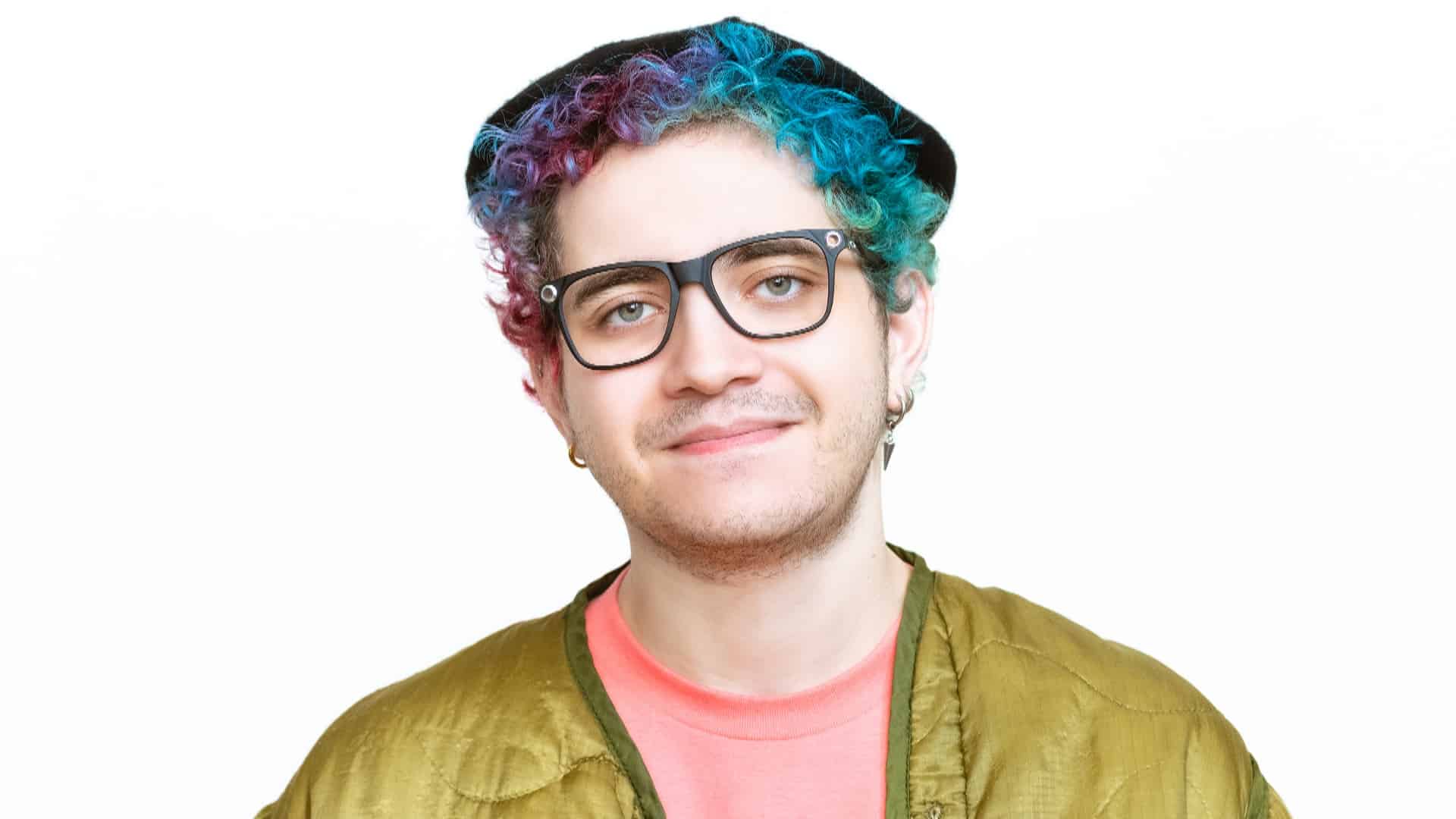 Slushii takes aim at Marshmello and former management on Twitter

Slushii has had a remarkable come up in the electronic music scene since Skrillex first discovered him as a teenager in New Jersey.  Aside from spending time with the Bangarang producer, he was also often seen with Marshmello, and the two even released two collaborations, There x2 and Twinbow as well as spending time together on the road.

While Slushii has had a great year so far, with an amazing performance at Ultra Music Festival as well as a hard hitting, and incredible new album, E.L.E. (Extinction Level Event), there was a noticeable gap in his output as well as some changes to his demeanor and branding as the new era of Slushii began in earnest.  Today, as the EDM Twitter has been airing out producers, ghost writers and anything else of interest, Slushii took to the social media platform as well to clear up some experiences from his past.  The commotion began when he alluded to a “bucketheaded dj” who apparently had some strong rules for who gets to choose what edits and songs for their sets while spending time on the road together.  This of course seems to point to Marshmello, as the two spent much of 2016 and 2017 together. 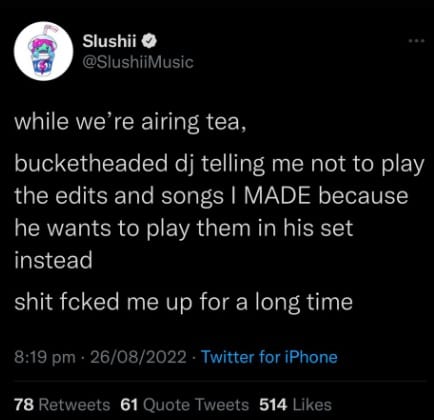 This wasn’t all to come from Slushii today, as he also dived into some of the roadblocks he faced with his management and an A&R several years ago.  The now deleted tweet read, “also FYI these “summer of slushii” songs should’ve come out in 2018-2019.  I was told by a pop A&R at my old mgmt firm that the songs were garbage. oops.”  While it is certainly disappointing to hear about these instances, and can’t imagine the impact they had on Slushii who would have been in his early 20’s at the time, still learning the ins and and outs of the industry, it seems that he has found new joy and pleasure in producing music again.