Tomorrowland is continuing their seemingly nonstop rollout of collaborations, products, and of course announcements regarding their upcoming winter edition and newly revealed theme for the summer festival, Adscendo.  While fans will have to be patient as even the winter festival is still a few months away, the organizers are offering a whole new reason to grab a pair of their branded headphones and celebrate the music that has made Tomorrowland the magical global event it is today.

With sales of vinyl records continue to grow around the world. Tomorrowland is now offering a beautiful, 15 disc collectors box set, which will offer fans everywhere a chance to relive some of the biggest tracks in dance music going back to 2005.  Covering the years from 2005 through 2019, the box set is split up into three distinct vinyl packages within the collection.  The first album showcases tracks from 2005 through 2009 and features classic tracks like Sebastian Ingrosso’s Kidsos, Fedde Le Grand’s Put Your Hands Up For Detroit and John Dahlback’s Hustle Up, among many others.  The second disc covers the years of 2010 through 2014, an era where dance music really took off into the mainstream and offered most fans their entry into the dance world and many of the anthems that still resonate from clubs and festival stages on a regular basis.  Filled with too many tracks to reveal them all, highlights include the Swedish House Mafia anthem, Save The World, Alesso and Matthew Koma’s classic, Years and Calvin Harris and Florence Welch’s masterful single, Sweet Nothing.  Finally, the third set in the collection spans the years of 2015 to 2019 and is another set of incredible tracks.  Lead by such massive singles as Fisher’s Losing It, Kygo and James Parson’s Stole The Show, and Armin Van Buuren’s Blah, Blah, Blah, the third set offers as much fun an energy as the rest of the collection.

While fans will have to wait til the second week of December to pre-register for tickets for next summer’s two weekend event, this box set is available right now.  This beautiful box set is limited to just 500 numbered pieces and on sale now for €300 and exclusively available right here. 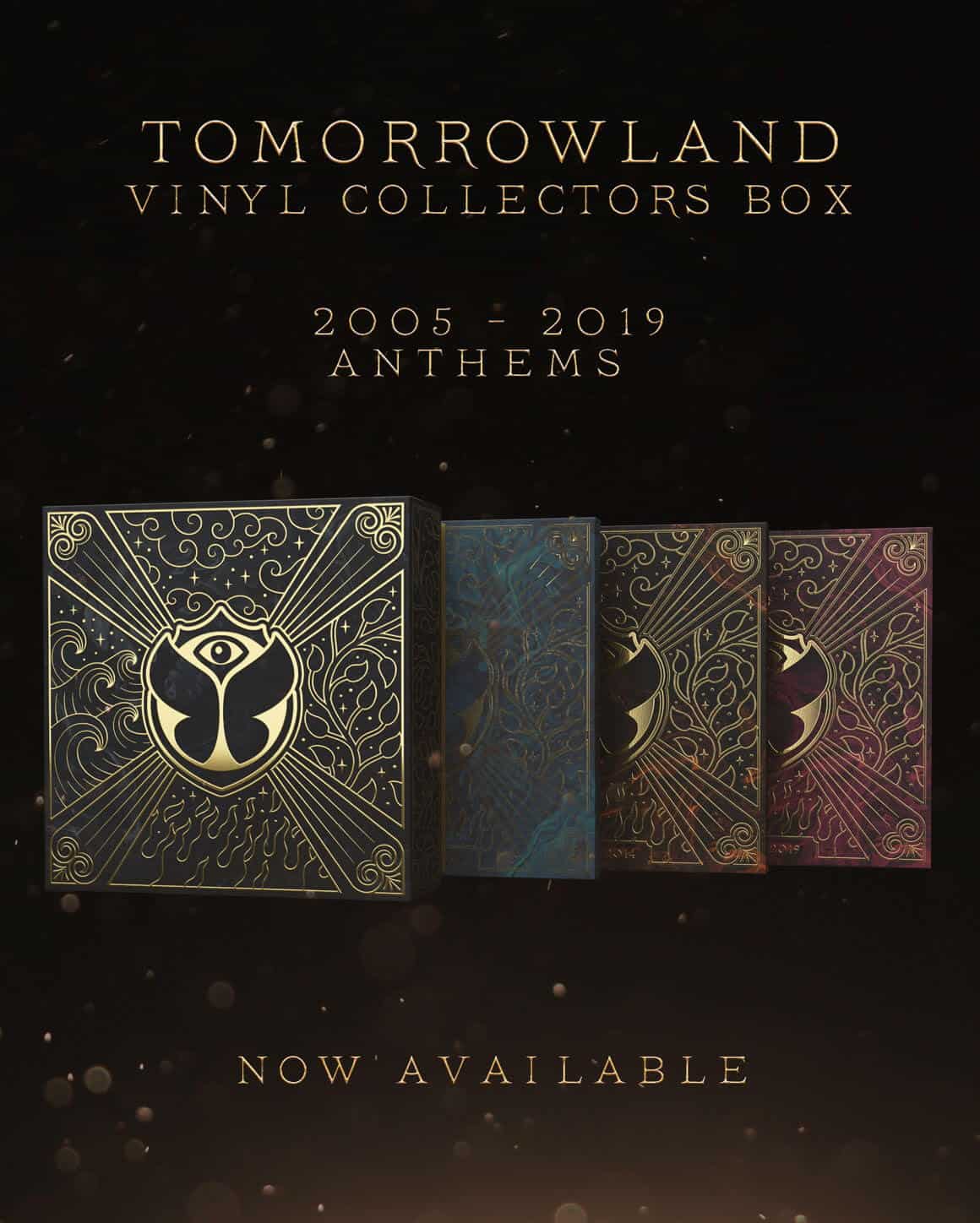