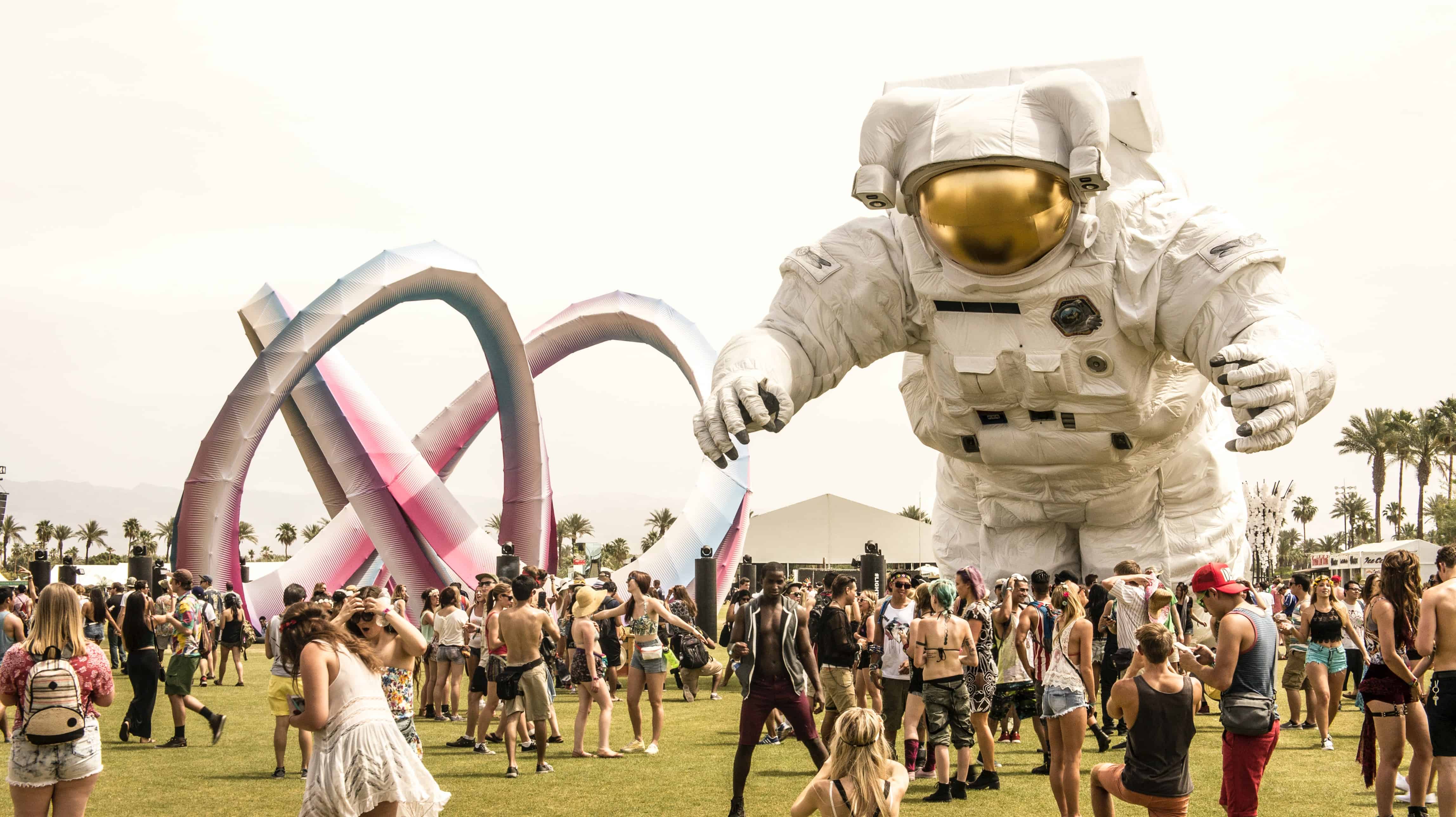 It would be a rare world in which Goldenvoice would deliver a bad Coachella lineup. That notion continues to be the case as arguably the biggest brand in the festival world has provided us with one of the most impressive lineups in recent memory for Coachella 2023.

Based on patterns of the previous years, there were many rumors at the beginning of last week that Coachella’s latest lineup would release very soon. While it did not happen at the exact moment that many had hoped, followers of the famed event only had to wait two days past the weekend as Goldenvoice has just released the official Coachella 2023 lineup.

Set to take place over the course of two weekends in April (14th-16th and 21st-23rd), Coachella, per usual, is bringing some of the most popular music acts in the world to the desert of California. With the biggest names being the three headliners to close out each day, Coachella will be making history while at the same time providing festivalgoers with an incredibly diverse range of options to see.

The three headliners for Coachella 2023 will be the world-famous Puerto Rican artist Bad Bunny, who will close out day one of the festival. Following him to close day two will be one of the most popular K-Pop groups currently in the industry, with BLACKPINK earning the assignment. And lastly, Frank Ocean will finally make his return to close out Coachella 2023 after the Covid-19 pandemic caused his appearance to be rescheduled to 2023. And as they often have done, Coachella will once again make history when Bad Bunny and BLACKPINK step onto the stage. Bad Bunny will become the first Latino artist and first Spanish-language performer to headline Coachella, whereas BLACKPINK will not only be the first Korean act to headline in the desert but also the first all-female group to headline the prestigious North American festival.

However, Coachella 2023 doesn’t stop there. Goldenvoice has provided a lineup full of dance music, hip-hop, indie, rock and many other genres that could stand as a separate bill on its own. Attendees will get the opportunity to see artists such as The Kid LAROI, Gorillaz, Blondie, Becky G, Rosalía, Björk, Kali Uchis, Dominic Fike, $uicideBoy$, Rae Sremmurd, Burna Boy, YUNGBLUD, Charlie XCX, A Boogie Wit Da Hoodie, Willow, Latto and countless others.

For dance music fans, you couldn’t ask for much more when it comes to the representation of the genre. Coachella put together one of the best electronic lineups in quite some time. Making the trip out to the desert will be The Chemical Brothers, TESTPILOT, Kaytranada, Malaa, Whyte Fang (Alison Wonderland’s alias), Idris Elba, Vintage Culture, Eric Prydz with his HOLO show, Underworld, SOFI TUKKER, Tale of Us, Hot Since 82, Porter Robinson with his final ‘Nurture’ performance, Fisher + Chris Lake, Jai Wolf, Boris Brejcha, Camelphat and, of course, the return of Calvin Harris plus so many others.

Coachella 2023 has shown us that this festival is on a level of its own. In a few months, they will be breaking barriers and setting records while providing one of the most unique experiences in the world of festivals. It’s never a surprise why this event sells out as quickly as it does, and they never disappoint. April can not come fast enough as the desert will provide unforgettable memories.

Coachella 2023 is scheduled to take place on April 14th-16th and 21st-23rd. The presale for passes for both weekends begins on January 13th at 1 pm eastern time. With an extremely limited amount of weekend one passes remaining, Coachella suggests that your best chance of getting a ticket is purchasing for weekend two.

Register for presale here and check out the full Coachella 2023 lineup below. 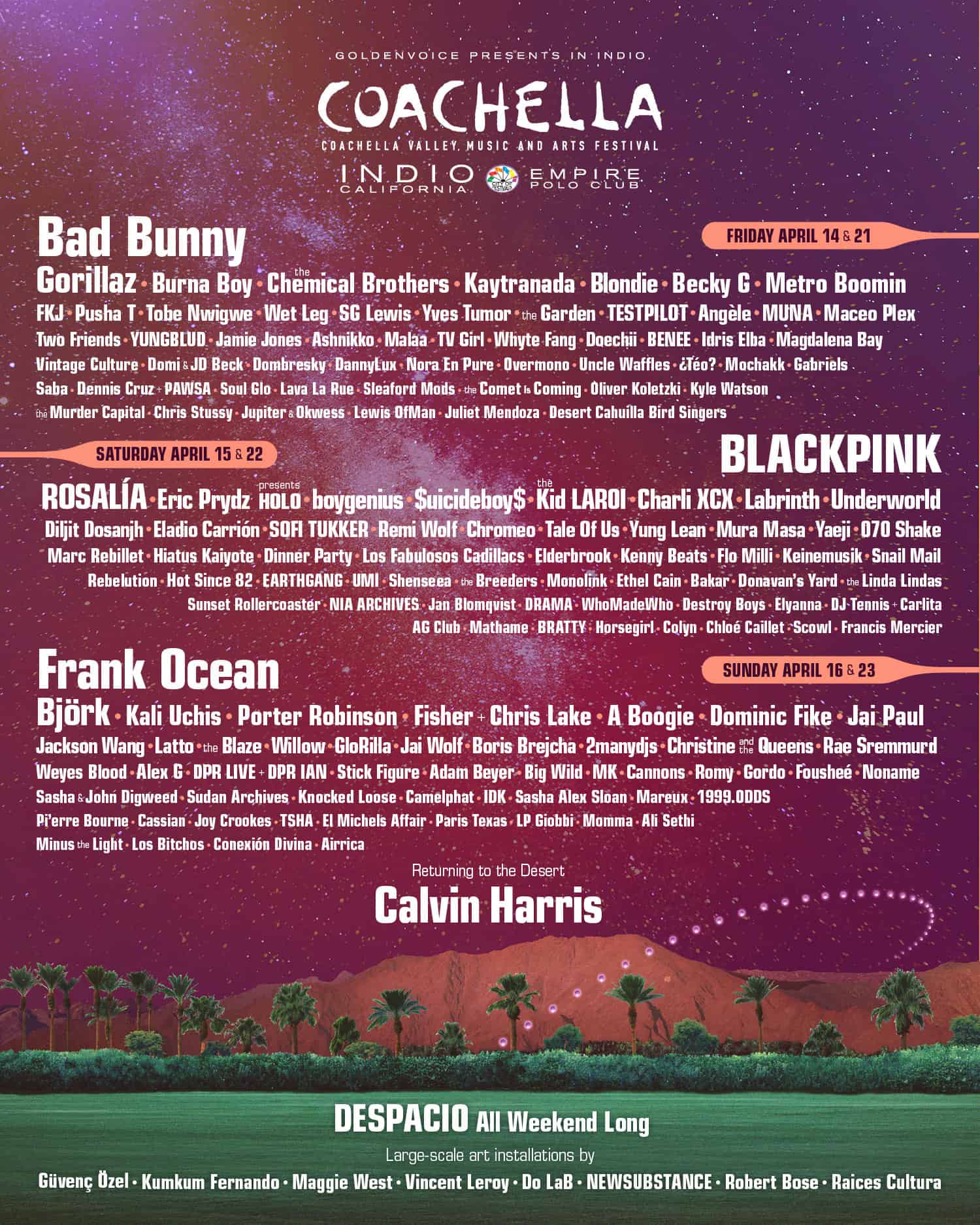 Photo by Andrew Ruiz on Unsplash