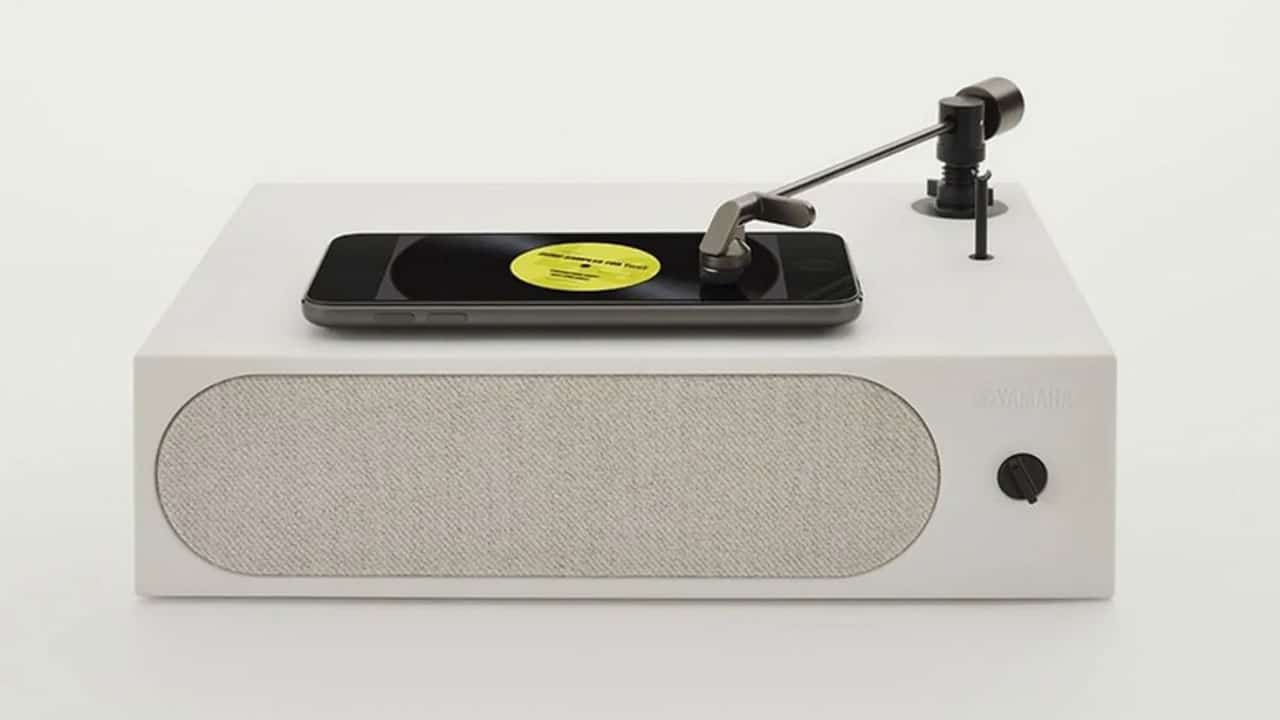 Yamaha is a name that holds a special place in the hearts of musicians and music fans all over the world. They make their own of seemingly every kind of musical instrument or gear you could possibly want- and they do a good job, too. Seems like everyone’s owned something with their logo on it, but one of their newest developments, part of the intriguing “Stepping Out of the Slate” series, is something the vinyl enthusiasts in particular will want to get their hands on: Yamaha TurnT.

TurnT works very similarly to a typical turntable, except your phone takes the place of the record. Yamaha themselves explained the simplicity and purposeful nature of the device:

Like a record player (turntable).
Works with smartphones. Or rather, the smartphone screen works as a kind of magic record. Place the stylus on it and it starts playing.
To change the song, you can change the album by swiping, and you can also reposition the stylus.
The step of carefully placing the stylus on to the record will bring back the nostalgia as well as the solemn respect to the music you are about to play.

Like the other products that are part of Stepping Out of the Slate (all of which are music-related and definitely worth checking out), TurnT is currently a prototype, merely a “proposed” device that seems to exist in order to showcase the work of the Yamaha Design team. It’s unclear whether the device will ever be made commercially available, but its potential is exciting- just imagine if they expand its capabilities and give us something you can really DJ with!

Curious about the possibilities Yamaha TurnT could bring? Watch the video below to see it in action, and keep up with We Rave You Tech for more news about your favorite software, gear, and more!