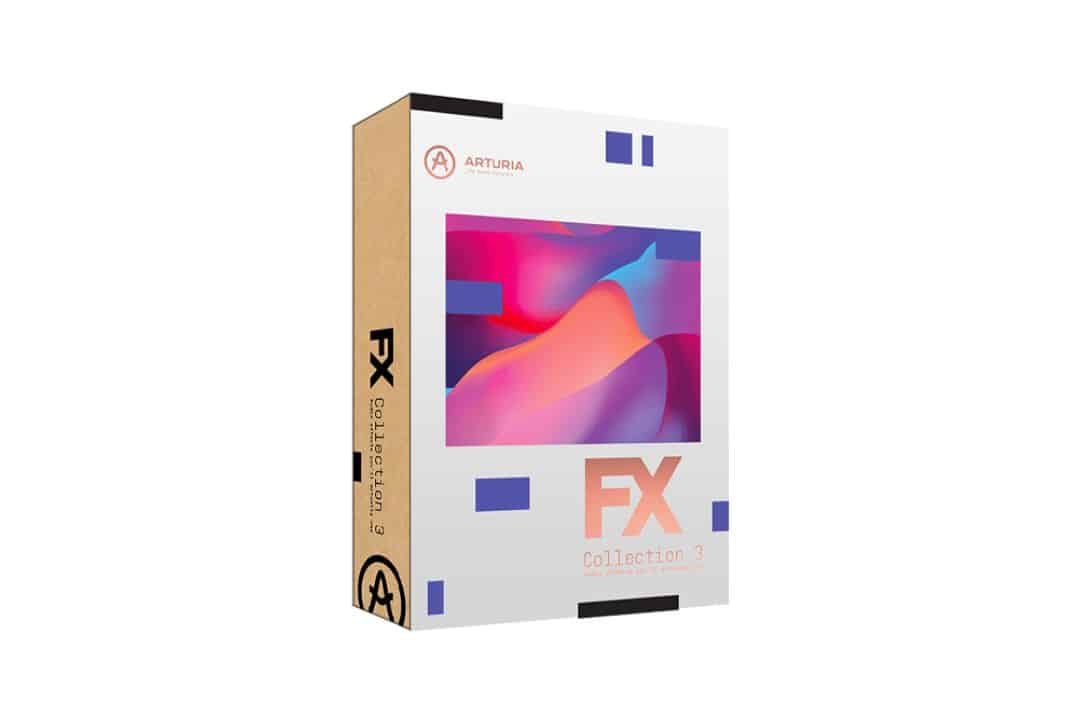 Nobody does analog emulation quite like Arturia. Their V collection of synths, with faithful and impactful recreations of legendary instruments like the Prophet-5, the Farfisa, the Clavinet, the Mellotron, and more, is one of the best product lines in the industry; the same can be said about their highly-lauded effects pack. Arturia FX Collection 3, the latest update, adds 4 new plugins and improved interfaces to an already stellar group.

FX Collection 3 features all 22 of the plugins found in the previous version (3 reverbs, 4 EQs/preamps, 3 delays, 7 modulation/filter effects, and 5 compressors) and throws in a new reverb (EFX Fragments), a new preamp (Tape Mello-FI), and the first two distortion units in the collection in the space of the DIST Tube-Culture and DIST Opamp-21. Tube-culture, described by the company as a “valve saturation classic”, is based on a late 90s unit from Thermionic Culture called The Culture Vulture; Opamp-21, with a grittier, crunchy sound, gets its sound from the similarly named SansAmp- a guitar pedal. The Tape Mello-FI is a new effect based on an old instrument, taking the flutter and shimmer of the legendary Mellotron and making it applicable to whatever instrument you like. Lastly, EFX fragments is a powerful granular processor and Arturia original.

Along with new plugins comes a small but notable list of improvements. Oversampling is available for the two distortion plugins, allowing you to prioritize either audio quality or CPU usage. A/B comparison in all of the effects lets you go back and forth between two distinct configurations- not exactly a headline change, but a potential gamechanger to be sure. Arturia also boasts smoother performance and loading times for this update.

FX Collection 3 is now available everywhere – the normal price is $399, but as part of a special introductory offer, you can get it for $299 until July 7. Be sure to watch the video below for a quick look at the new features in the exciting third edition!