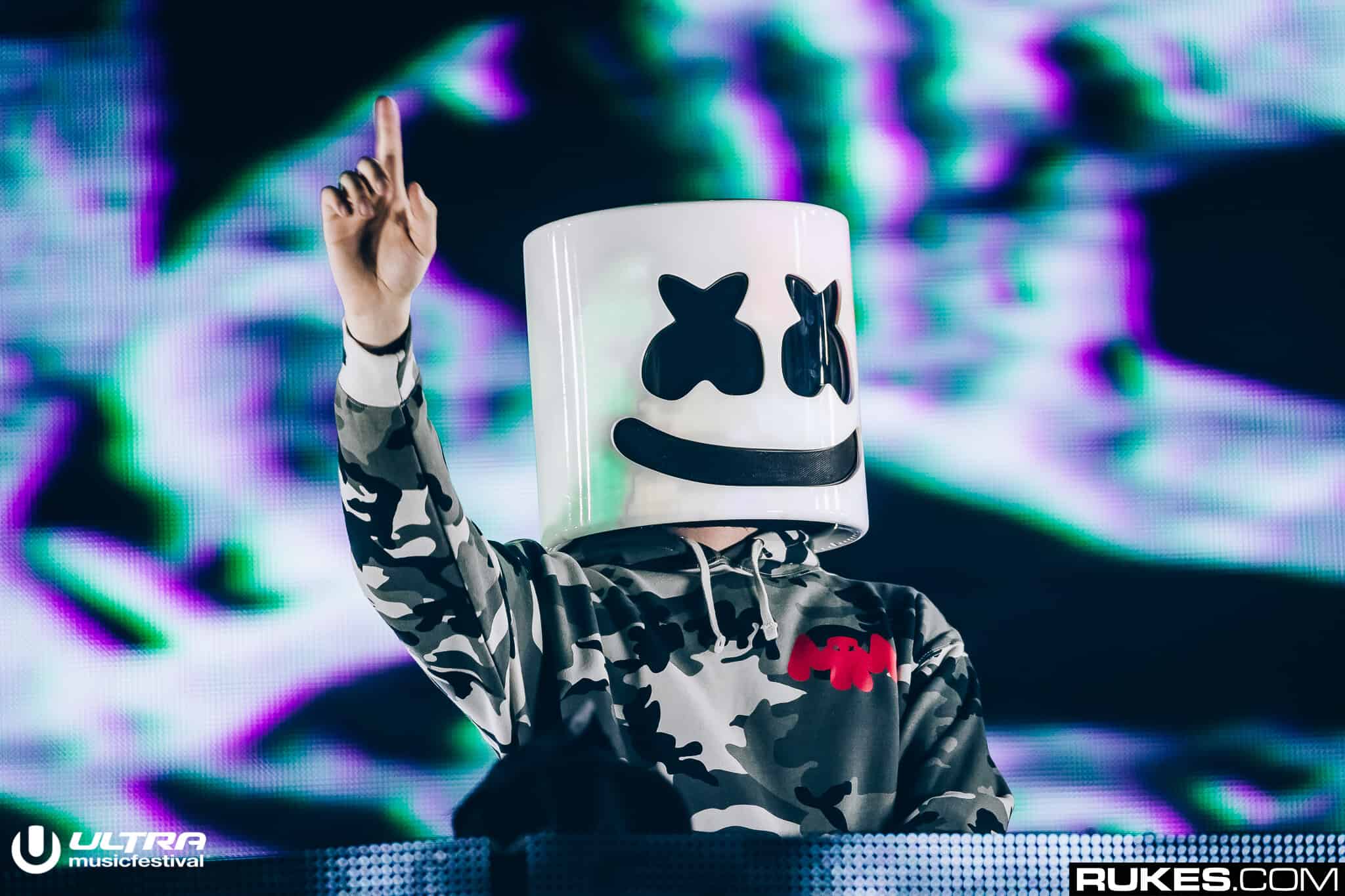 There is no denying Marshmello had quite the year in 2019. From taking home "favorite EDM Artist" at the American Music Awards to even being the first DJ to host a virtual concert on Fortnite which pleased over 10 million viewers. Marshmello is back again as he toasts up the New Year with Beats 1 Radio for an explosive New Years Eve mix to welcome 2020

American DJ and producer Marshmello has taken home the prestigious Electronic Dance Music (EDM) "Favorite Artist" award at the American Music Awards - AMAs last Sunday for a second time in a row. The ceremony, which was held in Los Angeles (California), also saw how the beloved legend Avicii was recognized and tributed by capturing the second position while the iconic duo

American megastar Marshmello is pure history in the making. The masked DJ and producer has broken a brand new record and it's not a weak one. His iconic track along with Bastille, 'Happier', has become the all-time longest-running number 1 track on the Billboard's Dance/Electronic Songs Chart. Being at the forefront of the list for an astonishing total of 34 weeks, 'Happier'

Marshmello's double-platinum hit 'Happier' is now at the centre of a lawsuit filed by ARTY for alleged copyright infringement. The ARTY track that is involved in the suit is his official remix for One Republic's 'I Lived' which was released just shy of 5 years ago. The Russian DJ claims that Marshmello has directly copied the melody. The suit also claims that there

Marshmello releases emotional video for ‘Here With Me’

Superstar American DJ and producer Marshmello presented just a few days ago his new track 'Here With Me' together with the Scottish indie-pop band Chvrches. Now, the official music video has been released and it could not be any more emotional. The video follows a similar plot than Marshmello's and Bastille music video for Happier. The video showcased the relationship between a little

Marshmello is not only known for his great music and DJ sets, but also for being a gamer. More specifically, he is a huge fan of Fortnite. The producer even teamed up with the best Fortnite player in the world, Ninja, for a tournament during last years Electronic Entertainment Expo in Los Angeles, and they won. Another astonishing milestone for Marshmello

Marshmello and Bastille perform during ‘The Voice’ finale

The Voice is one of the most-watched musical reality shows around the world. It always reveals new talents and relives old songs through incredible performances. Celebrating new hits or giving us brilliant reinterpretations, the final of this year's series was no different. To make this final much more special, DJ/producer Marshmello and the band Bastille were invited to the final

Music producer and every dance music fan's favourite mask wearing beatmaker Marshmello seems to be everywhere you look. From dominating the music charts, reaching the high ranks of DJ Mags top 100 DJ list, to even appearing on America's Ninja Warrior, the DJ is certainly packing a busy schedule. So if you recently tuned into American television and turned on ABC's 'Good

One of the most unexpected collabs this year was definitely Marshmello x Bastille. More specifically, Mello teamed up with Batille's lead singer Dan Campbell for their single 'Happier'.  The emotional tune is based upon a breakup and despite all the challenges and tears that come with it, every ending is always a beginning of something new, even if you don't see it in the first place. Now,

Electronic sensation Marshmello, notoriously known by electronic dance music fans for his iconic marshmallow helmet, continues his adventure as one of the most unique artists the music industry has to offer. Aside from being the masked mogul, the DJ has been enjoying bundles of success such as his most recent production, 'Happier', an original production with talented pop-band Bastille which proved its worth

Another week always means another round of fresh music. And, of course, it's the same procedure as every week: We Rave You is back with another edition of Weekly Selections. In our own Spotify playlist, we present to you the best and original new tracks from the last week, to help you fill your personal rotation with only the best that electronic dance

Its time. Marshmello & Bastille have delivered one of the more emotional tunes of the summer. Delivering a teaser of the tune via Instagram, and revealing via Twitter that the two had been working on this collaboration for seemingly a while, the tune has finally come to life in the form of 'Happier'. Last year we wrote a song called “Happier”

The aren't many other artists that can compete with the massive success Ed Sheeran has had over the last couple of years. His album 'Divide', released in 2017, topped the charts in over 20 countries worldwide, including the United Kingdom, Germany, and the United States. Sheeran's track 'Shape Of You', which is also part of the album, went viral and also topped single charts worldwide.